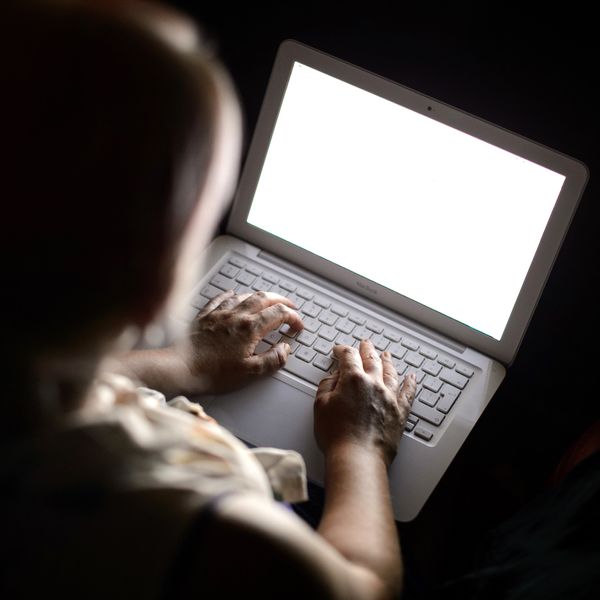 Women have been saying that Twitter is an abusive place for over a decade, and now, 12 years to the day since the platform was founded in 2006, an extensive, eight-part report by Amnesty International has validated those claims.

Titled #ToxicTwitter: Violence and abuse against women online," the report analyzes the experiences of women from all walks of life on Twitter, "from high-level female politicians to journalists, activists, writers and bloggers, to women who simply want to know what's happening around them," and concludes that overall the company is "failing to respect women's rights online."

The eight-part study drew upon interviews with 86 subjects over 14 months, and details the many grisly ways women and non-binary people encounter relentless violence, threats and hate speech on Twitter.

The report also addressed the way verbal threats online can turn into issues of physical safety. "Some of the things that have been put on Twitter about me have had people say they know where I live, I've had people say that they'll be outside my work, I've had people not just threaten me but also say things that, you know, are clearly veiled threats against my family," journalist Allison Morris said. The report is filled with case studies from women telling similar stories. Twenty-three percent of women surveyed in eight countries in 2017 said that had faced "online abuse or harassment at least once," and over half of those women said they were attacked by a stranger.


"At a watershed moment when women around the world are using their collective power to speak out and amplify their voices through social media platforms," the report says, "Twitter's failure to adequately respect human rights and effectively tackle violence and abuse on the platform means that instead of women using their voices 'to impact the world', many women are instead being pushed backwards to a culture of silence."

The final chapter of the report offers Amnesty International's solutions for how to do just that, including the suggestions that the platform being more transparent with data and information about just how prevalent violence on the platform is. Another thing Twitter can do is take a more active role in showing users how to use privacy and safety features like muting and blocking, and for the company to make its reporting features more streamlined to ensure "consistent application and better response to complaints of violence and abuse."


Twitter has responded in a statement to the Amnesty report, saying it agrees "with many of the recommendations," and that many are "already completed or underway." Twitter ensures that "abuse and hateful conduct directed at women are prohibited" on the platform. Read the full statement, below:

The assertion that Twitter is consciously unengaged with human rights issues is an unfair representation not just of the facts, but of the ethos of our dedicated teams, and the core mission of the company.


We agree with many of the recommendations contained in the Amnesty International report. A number of the proposals represent work already completed or underway at Twitter. Abuse and hateful conduct directed at women are prohibited on our platform. We have made more than 30 individual changes to our product, policies and operations in the past 16 months. We have increased our action rates ten-fold. We have made significant changes to our reporting tools and continue to improve them as well working to communicate more clearly with our users on reports and how we draft policy. We continue to expand our Transparency Report to include relevant and meaningful data. We have seen extraordinary engagement supporting women. The rise of movements like #MeToo, #WomensMarch, and #PositionOfStrength are testimonies to the power of Twitter as a platform for women and their allies to share stories, offer support, and advocate for change.


We are committed to understanding how we can better combat the hatred and prejudice within society that gives rise to online abuse and how we can encourage a healthier public conversation. We are an open platform and hold a mirror up to human behaviors - both the good and the bad. Everyone has a part to play in building a more compassionate and empathetic society, including Twitter. Our policy, product, and engineering teams continue to work collaboratively to find ways to innovate to protect our users and enhance their experience, particularly as those in our society intent on harm find new ways to hurt and abuse. We look forward to ongoing constructive engagement with Amnesty International and others to find real, lasting solutions to ensure women are safer and feel safer online.

While none of this is new to women and non-binary Twitter users, it is somewhat validating to have a study confirming it. (A female-empowerment themed Twitter ad that aired during the Oscars was met with a collective eye roll, for instance). And now that Facebook is in hot water for failing to protect the data of its users, hopefully the pressure will also be on Twitter to step up its game and take responsibility to prevent the abuse that occurs on its platform.