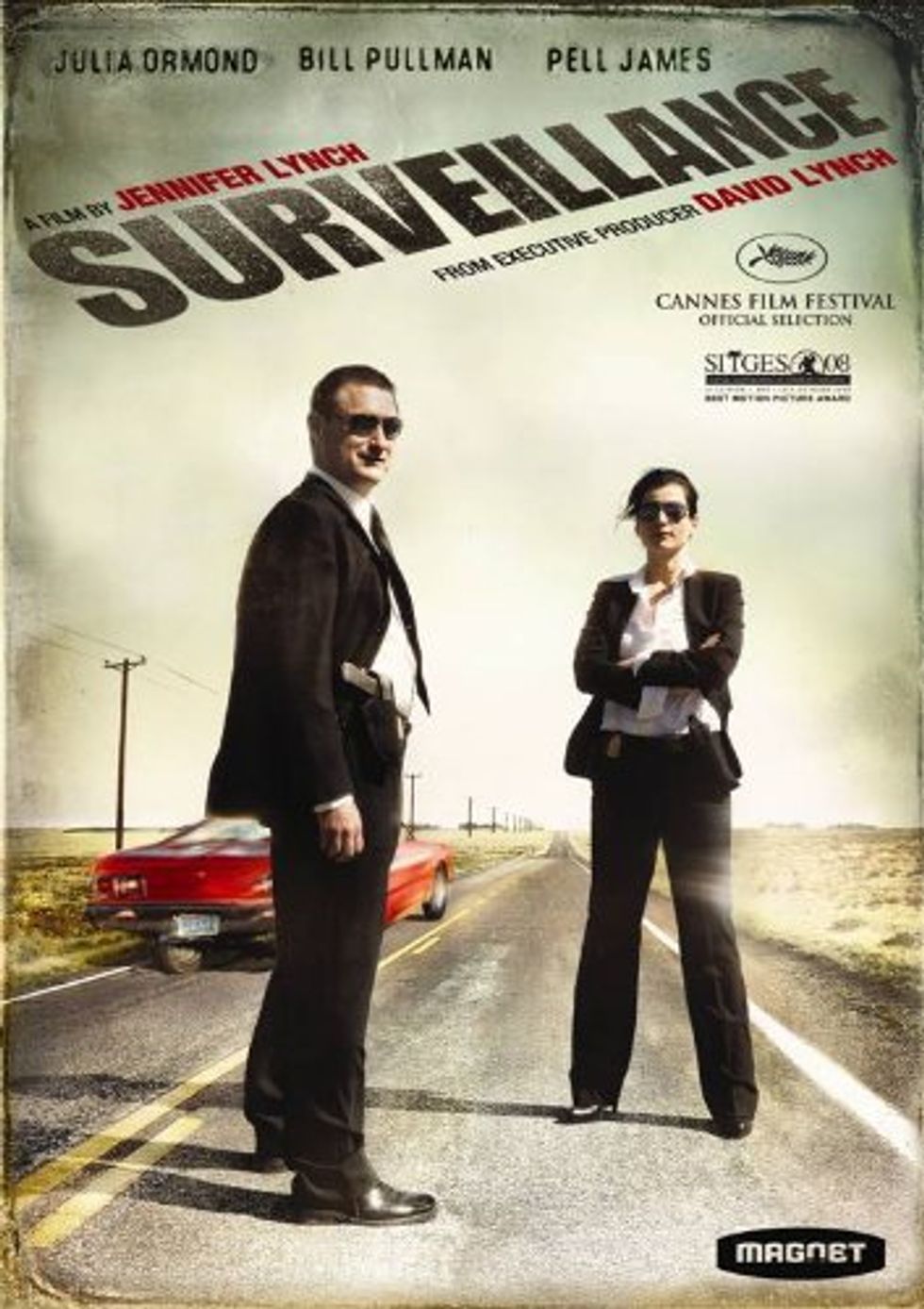 If you missed this in the theaters don't miss the DVD release of, Surveillance. Jennifer Lynch proves more of a chip off her father’s (David Lynch) block with this twisty, twisted, psycho-killer mystery about two oddly affectionate Federal Officers (Bill Pullman, Julia Ormand, both fabulous) who arrive at a police station to take over video interviews with three different witnesses to a nefarious serial killing spree. Most are lying before the camera. One is crooked policeman (Kent Harper), who used to shake down motorists after shooting out their tires with his slimy partner (French Stewart). There’s a drug-addled girl (Pell James), who conveniently colors her testimony to protect her crimes. The only one telling the truth is a small, incredibly observant young girl (Ryan Simpkins) traumatized by her family’s massacre. Right from the beginning everything is slightly off-kilter and engagingly bizarre. You either give over to it and enjoy as the rug is sardonically pulled from beneath your feet. But I was consistently entertained with the film’s weirdness and daring. 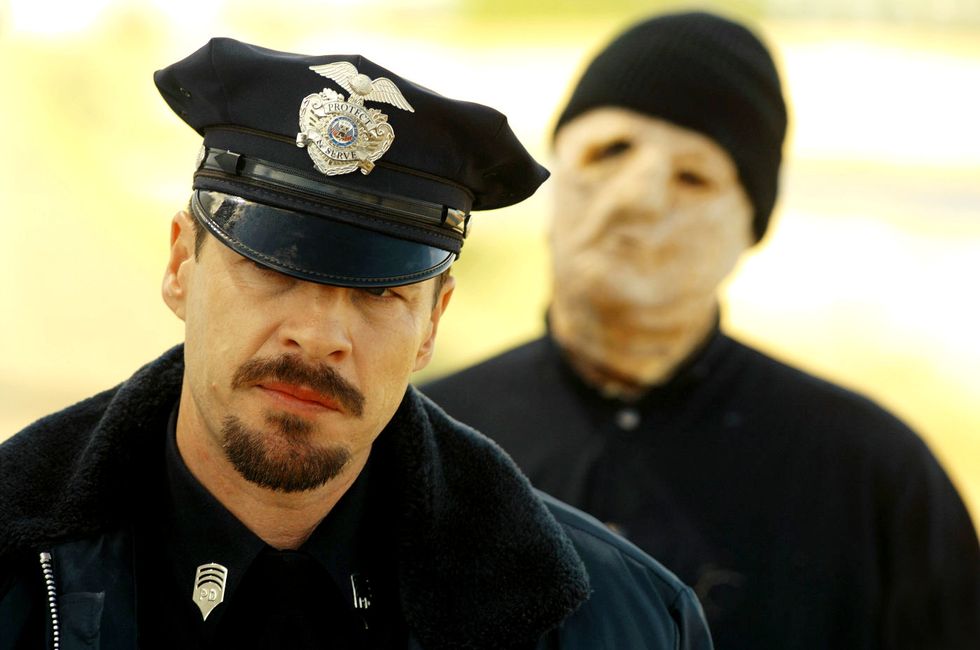