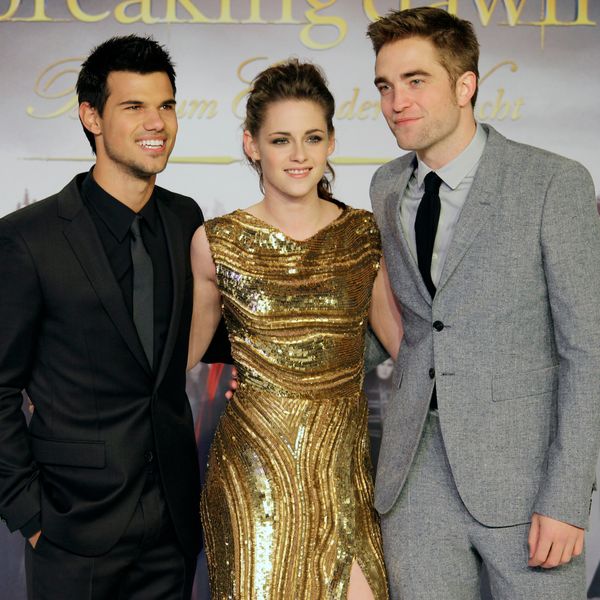 'Twilight' Is Going on Tour

It's been 14 years since Twilight hit shelves and people still can't get enough. Stephanie Meyer's sexy vampire YA novel spawned a multi-billion dollar movie franchise, another multi-billion dollar book and film series, plus the sexual awkenings of an entire generation! Now, it'll also get a in-concert experience.

Lionsgate, according to Variety is launching "Twilight in Concert" a full orchestra performance of the Twilight film score, which was directed by Carter Burwell, the Coen brothers and Spike Jonze-associated composer behind Three Billboards Outside Ebbing, Missouri and Being John Malkovich.

As stans will remember, while Twilight's soundtrack included contributions from Paramore, Muse, Linkin Park and Iron & Wine, the score featured its own iconic pieces like "Bella's Lullaby," which comes on in the movie whenever Bella and Edward stare dreamily into each other's eyes.

You can relive the whole glorious thing at "Twilight In Concert" which launches in August in Brazil, and continues onto the UK and Australia.

The company has put on two similar concert experiences for The Hunger Games and La La Land.

"The combination of author Stephenie Meyer's brilliant storytelling, Carter Burwell's musical genius, and a truly legendary underlying film and book property will continue to expand the world of 'Twilight' and introduce it to legions of new fans around the world" explained Lionsgate's Jennifer Brown.