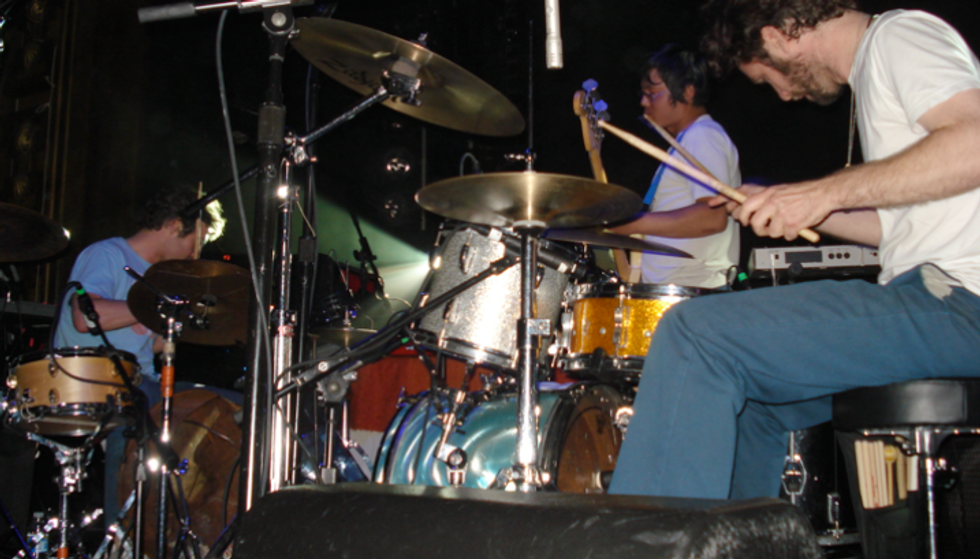 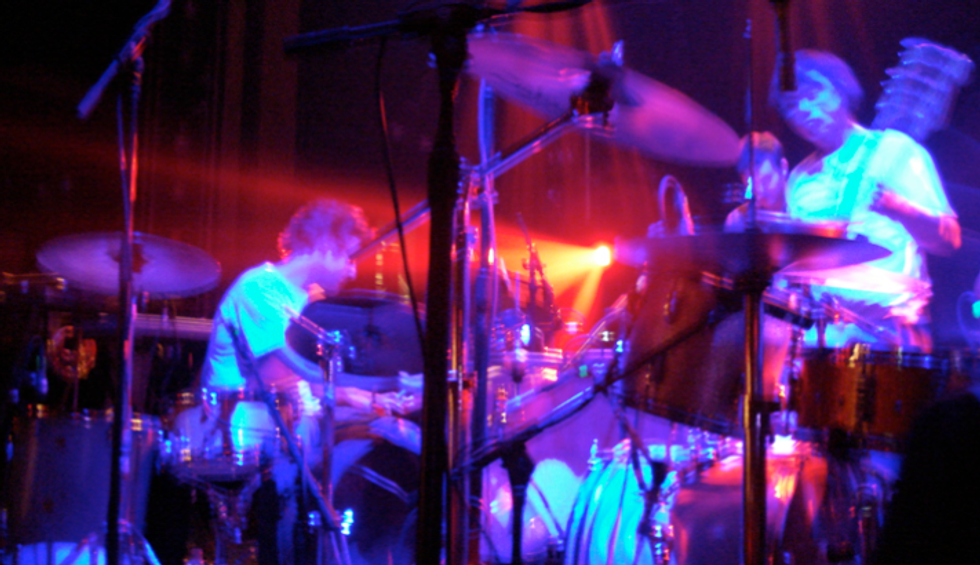 Last night my buddies from San Francisco, Tussle, played Webster Hall (opening up for Hot Chip). A four man all instrumental group, Tussle bangs the hell out of two (TWO!) drum kits along with a bass and some synthesizers. Their music is tightly constructed and appears effortless. In fact I don't think I've ever heard such addictive rhythm. It's practically impossible to not shake your booty when you hear them. Our very own Senior Editor, Carlo McCormick, is quite obsessed with them.

Since being asked by Hot Chip (who remixed their track, "Flicker") to play with them during a leg of their tour, Tussle has had the opportunity to gain more exposure than they've ever had before. It's great for them, yes, but I'm not sure if larger venues are the best place to see them for the first time. Of course, that's just me being selfish and wanting to see my friends play at a house party where people can really get their dance on. Lucky for me, then, that after their tour with Hot Chip they'll embark on their own tour which will bring them to the Cake Shop May 11th. Go see them! ...and listen to them on their myspace page!