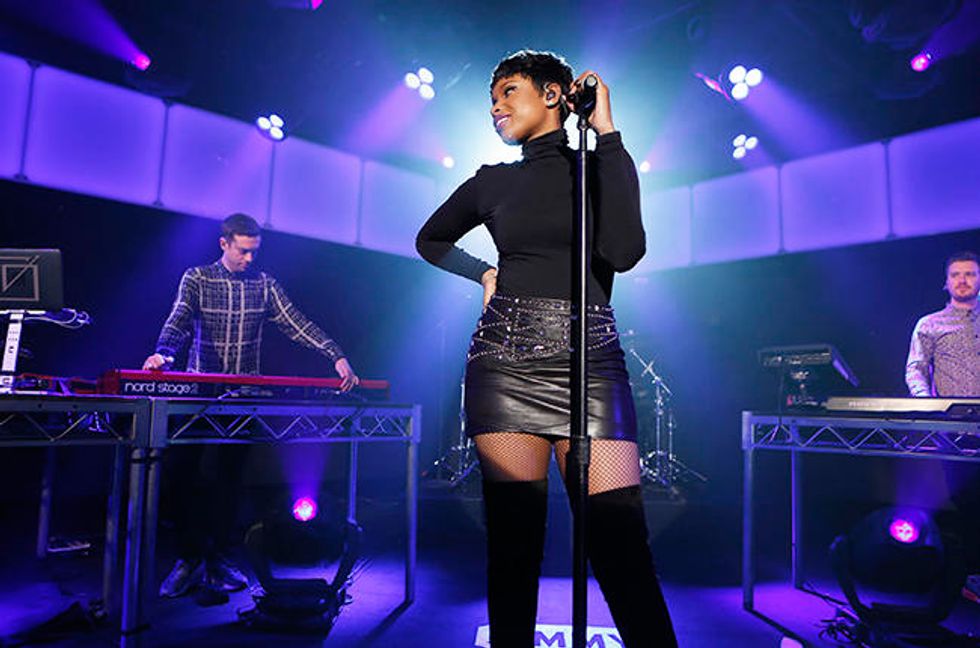 by Gabby Bess + Elizabeth Thompson
PAPERMAG
This year is shaping up to be the self-proclaimed year of the turtleneck. Not only have turtlenecks dominated the Fall/Winter runways, but they've been taking over street-style photo-opts and everyday wardrobes of celebrities, from Kim Kardashian to Will Smith. And above all, we just really freaking love turtlenecks, so welcome to #TurtleWatch 2015, bitches. We'll be updating this list as the real-time turtleneck sightings roll in. Keep up with when and where your favorite celebs are turtlenecking, below:
January 1: Kylie Jenner starts 2015 off the right way -- in a turtleneck.

January 6: Jenny Slate, a ride-or-die t-neck fan since childhood, goes full turtle for the National Board of Review Gala.

January 11: The Affair's Ruth Wilson in a Prada turtleneck dress, on the way to steal your Globe at the Golden Globes.

February 2: Felicity Jones dabbles in the art of the turtleneck jumper (Dior) at an Oscars nominee luncheon.

February 8: Nick Jonas spotted at this year's Grammys after-party in a monochromatic turtleneck and suit pairing.

February 11: Will Smith gets jiggy with a turtleneck and Margot Robbie at the Focus premiere.

February 15: Ricky Martin wears a white turtleneck for his fans at a Walmart in San Juan, Puerto Rico.

February 22: Solange takes on the Oscars red carpet in a stunning, turtleneck jumpsuit.

February 22: Solange changes into a second turtleneck ensemble for the Oscars after-party. Two turtlenecks in one day, impressive.

February 23: Kim K wears another turtleneck dress to the BET Awards. Unfortunately, as per the judges rules (we're making them up as we go!), Kanye's quasi-t-neck button-up does not count.