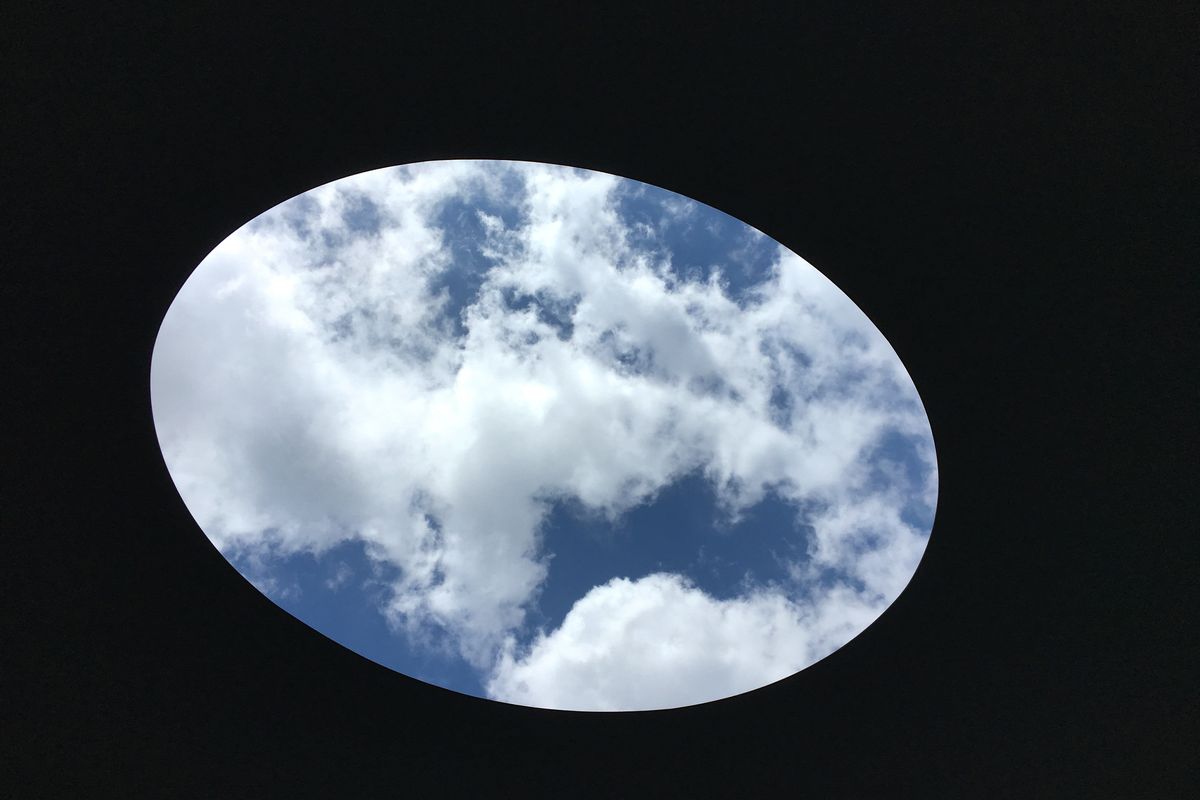 American artist James Turrell has made a career out of painting with light. With a body of work spanning almost half a century, Turrell has found fans in curators and celebs alike for his massive minimalist installations that make use of both artificial and natural light sources. But even with a resource as seemingly limitless as the sun, Turrell's work is still in danger of vanishing today.

Following reports that scaffolding from a nearby luxury building had invaded that artwork, Turrell has decided to shutter the Skyspace installation at MoMA PS1 until further notice. Originally designed as a space to contemplate the shifting colors of the sky through an uninterrupted ceiling-cut frame, Turrell's "Meeting" has been popular attraction as an escape from the constantly moving chaos of the world beyond the work's borders up until now.

@tenaciouspm Here's another photo someone dropped in our comments. I kind of love how perfectly NYC this piece is n… https://t.co/ACOAcsQSHu
— Jen Carlson (@Jen Carlson)1547745210.0

There's poetic irony to one of the few remaining patches of uninterrupted sky in New York being encroached upon by the very same luxury condo development that is being built on the former site of graffiti mural center, 5Pointz. Even if the scaffolding is only a temporary blip in Turrell's sky canvas, "Meeting" will still likely have to contend with a whole host of new neighbors as the surrounding neighborhood, Long Island City, continues to develop as New York's newest frontier for gentrification.

Last year, Amazon announced that they would be the latest to move into the Queens neighborhood after detailing plans for a massive new headquarters by the East River. City officials were quick to tout the influx of new jobs the company would bring as a win for the New York economy but the move left local residents blindsided and horrified by the prospect of increased rent, congestion, and displacement this would ultimately entail.

This isn't the first time a Turrell work has been ruined by a protruding development either. As Hyperallergic points out, Turrell destroyed an installation in 2013 at the Nasher Sculpture Center in Dallas after a nearby tower encroached upon the piece after it was redesigned to be twice as high as initially stated. The reaction may seem a little dramatic on first glance but to anyone who understands that Turrell knows, his work hinges on his contextualization of nature within carefully calculated conditions. The intrusion of man-made construction not only disrupts the work on a compositional level but serves to undermine the natural beauty he looks to celebrate.

MoMA PS1 has stated that "Meeting" will remain indefinitely closed until further notice.