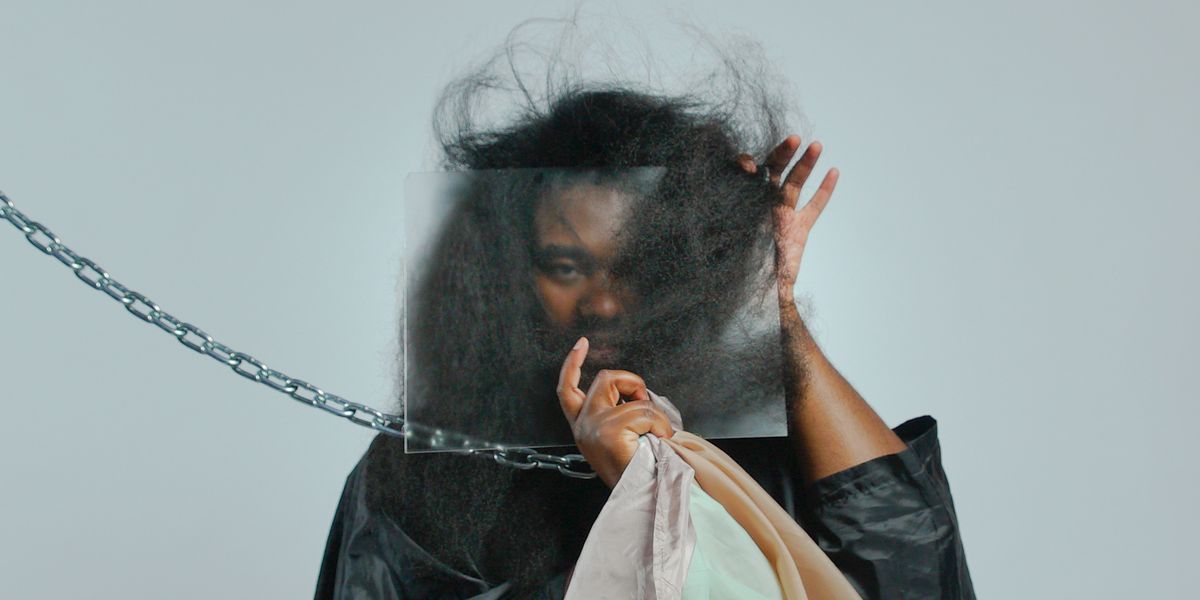 Tunde Olaniran Is Running Up That Hill

Tunde Olaniran, a queer musician and activist based in Flint, Michigan isn't afraid of a challenge, especially when it comes to making art. In addition to his own work, Olaniran produced rapper Mona Haydar's viral track "Hijabi," which was widely praised as a top feminist single of the decade, and he directed the video for it.

Related | Mona Haydar Is a Force to Be Reckoned With

Olaniran's new album Stranger is out October 5 and it fiercely addresses matters of the heart, systemic injustice, and self-esteem over clanging, wildly experimental electronic arrangements, and rapped and sung verses.

His newest single, "Mountain," continues in this vein, though it initially started as a country song about staying motivated. "I was in the studio and my friend Seth Anderson said, 'You can't just stop halfway up the mountain! You either climb or fall,'" Olaniran tells PAPER. "I realized that creating music and art was worth some sleepless nights and uncertain times."

It's fitting, because "Mountain" is the work of a brilliantly restless creative soul, full of metallic drops that open trap doors of unexpected sounds, from revving engines to squealing breaks to Olaniran's screams. Despite the strangely danceable beats, the real twist of "Mountain" is the beating, bleeding heart of Olaniran's diaristic lyrics: "Where you going when you stop halfway up the mountain? I don't know where I got the strength from, but I found it," he sings.

It's an inspiring note to self to get in gear, to gather spirit and carry on. "It's meant to be a song you can move to, like really fucking sweat to," Olaniran says, "It's that song you put on when you ready to just go into beast mode."

Check out the PAPER premiere of "Mountain," and get ready to boldly face your fears, whether up the hill or over a cliff.

Olaniran is launching a short tour this fall, stopping at select cities in the Midwest and on the East Coast. Be sure to catch him in your city at the dates listed, below.