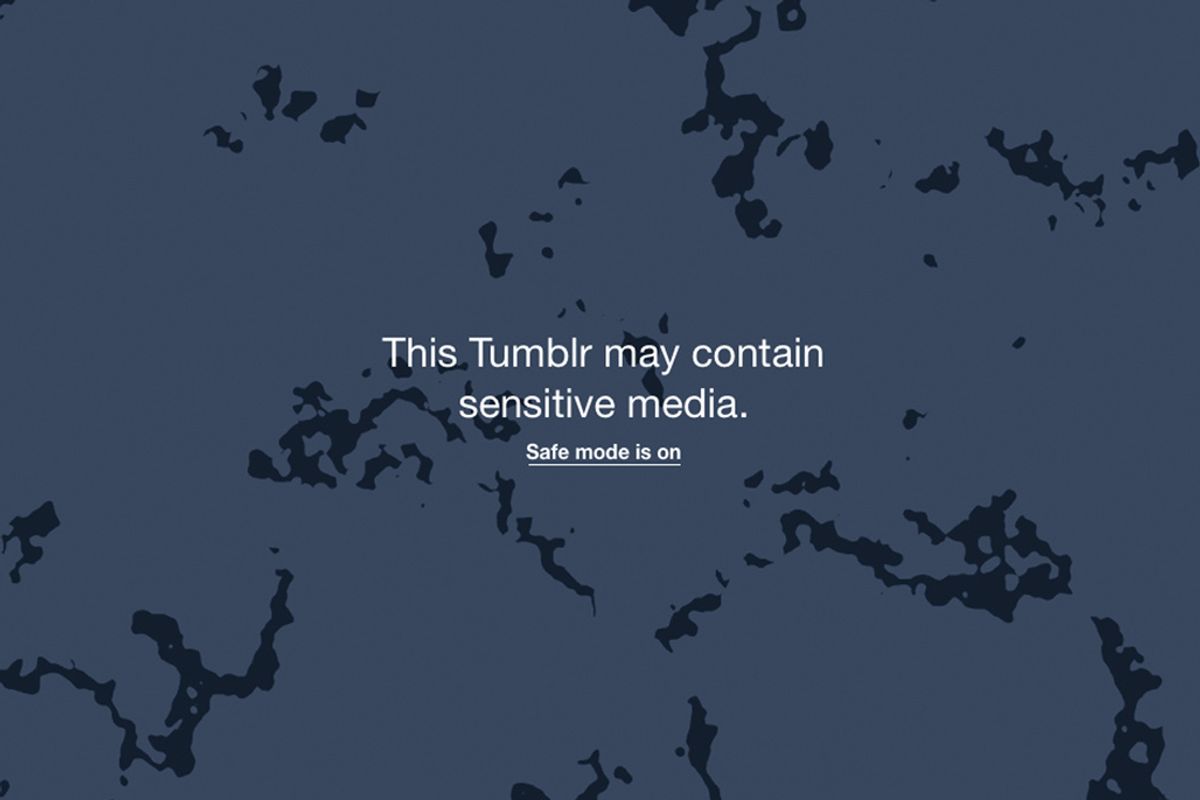 It's 2018 and we still can't escape censorship.

Tumblr, once a largely uncensored online platform, introduced "Safe Mode" last summer, giving users "more control over what you see and what you don't." When users would turn on "Safe Mode," Tumblr would automatically apply filters to any "sensitive" content on their dashboard, including nudity. This was an update to Tumblr's "Safe Search" option, which removed explicit content from search listings in 2012.

Yesterday, Tumblr announced an update to their "Safe Mode" setting; over the next few weeks, "Safe Mode" will become the user default. Users will still be able to go into their settings and opt-out, but some adult content creators worry that this shift will corner their work into a smaller niche.

A sex industry blogger tells Motherboard, "All this [Safe Mode update] does is make adult content even less visible INSIDE the walled garden that adult Tumblr has already become... Tumblr is dead media as far as I'm concerned, from an adult-industry perspective."

This faux-pas comes as no surprise following the accidental censoring of LGBT content when "Safe Mode" was first introduced last year. But it has users asking, who is this update serving? Especially since Tumblr's "adult" content, its top category, drives over 20 percent of clicks to the desktop site.