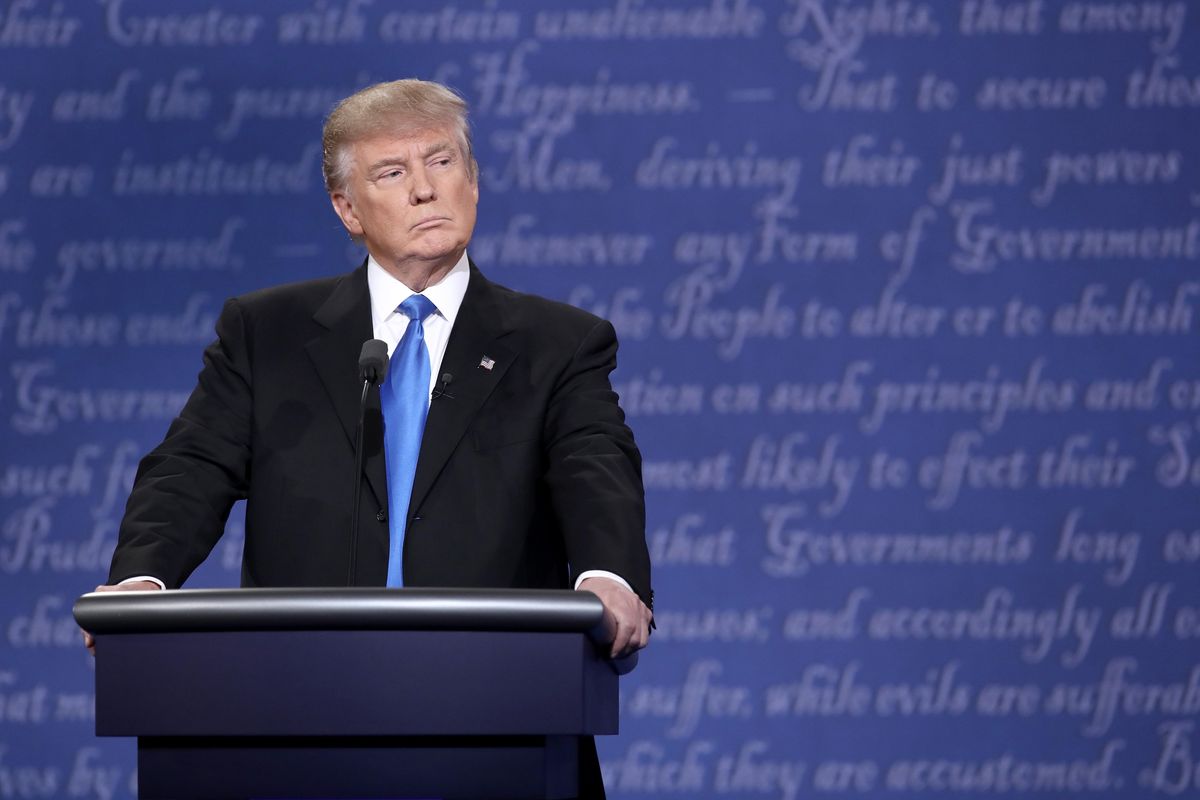 After four odious years, the end of Trump's presidency is finally here. And to the shock of many, he apparently left Joe Biden an unexpected surprise on the way out.

Despite refusing to attend the big ceremony itself, Trump reportedly followed presidential tradition (for what feels like the first time ever) by taking part in a small Inauguration Day nicety: Leaving Biden a note in the White House.

Granted, given Trump's continued refusal to acknowledge his election loss and the way everything's unfolded since then, it's not a stretch to think that his note could be something curt or insulting. But without any confirmation about the contents of the note, Twitter has run with the news in the best way possible. That's right, cue an infinite number of crayon and kindergarten scribble jokes.

Even better though are the memes that reference iconic letters from pop culture, including the anonymous note left for Sammi on Jersey Shore, Arrested Development's "dead dove" bit, and even that infamous Sex and the City break-up note.

That said, we personally think the most likely possibility is a simple note, written in Sharpie and proclaiming his victory — temper tantrum-style, of course. Or maybe just a blank piece of paper. After all, who ever really knows what Trump's up to? But at the very least, now we can all care about it a little bit less.