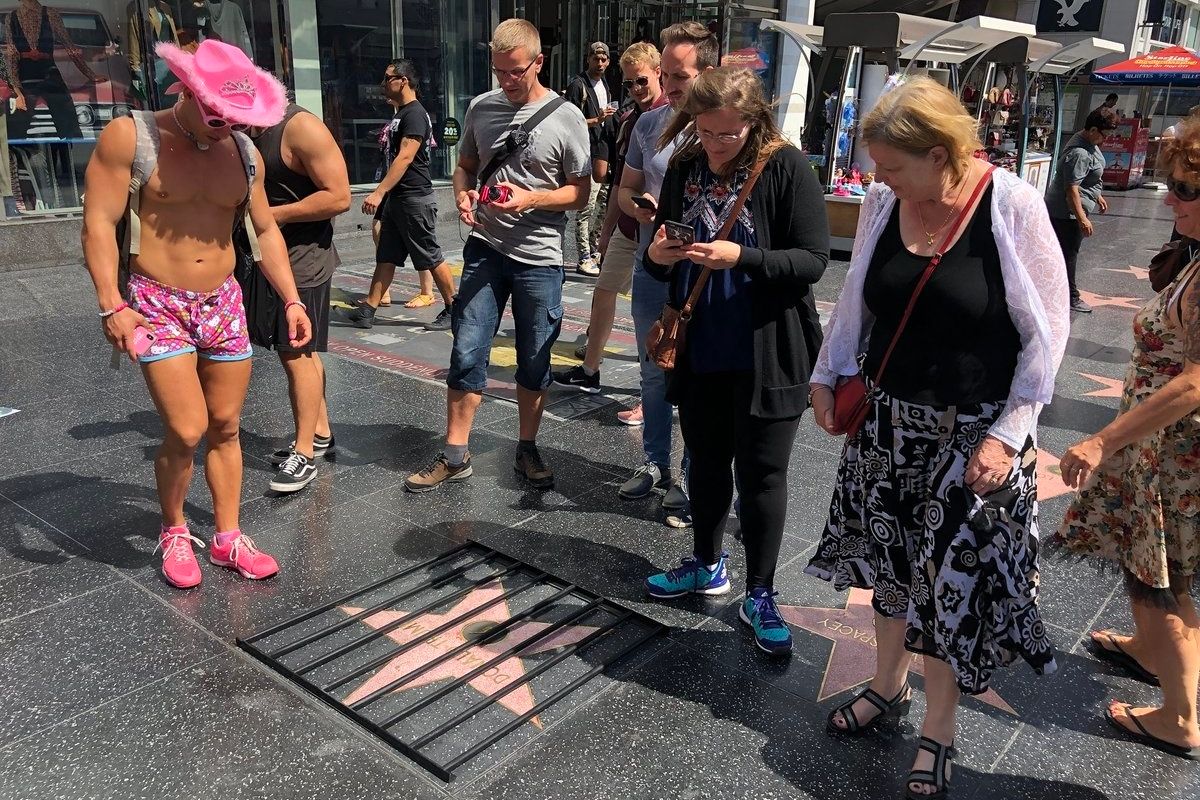 Someone Put Donald Trump Behind Bars

It feels ridiculous that Donald Trump, current President of the United States, has a star on the Hollywood Walk of Fame (he received it for his work on Miss Universe). But at least street artists are having fun with it. The star was only recently replaced following a pickaxe attack––now, courtesy of LA local Plastic Jesus, it has been put behind a bars.

Jesus, who describes himself as "a Los Angeles based street artist that specialises in bold stencil and installation work, inspired by world news events, society, the urban environment, culture and politics", placed Trump's star in a plastic prison yesterday, tweeting that the president "was behind bars. Finally." He also posted a video of curious tourists inspecting the artwork.

The meaning of the artwork isn't too hard to decipher. "There have been calls to jail Trump since the day he was elected, and today he was certainly put behind bars," Plastic Jesus wrote in an email to The Huffington PostThe Huffington Post. "Although it was very quickly damaged by a Trump supporter trying to remove it, the bars did appear to be stuck fast and were there several hours later ― to the amusement of thousands of passing tourists."

Trump received his star back in 2007, but its future is uncertain. The West Hollywood City Council recently voted unanimously in favor of its removal, although they're meeting with opposition from the Hollywood Chamber of Commerce which controls the Walk of Fame.

Until said removal happens, at least we can all continue to enjoy stunts like this. Perhaps something about the Kavanaugh nomination next?