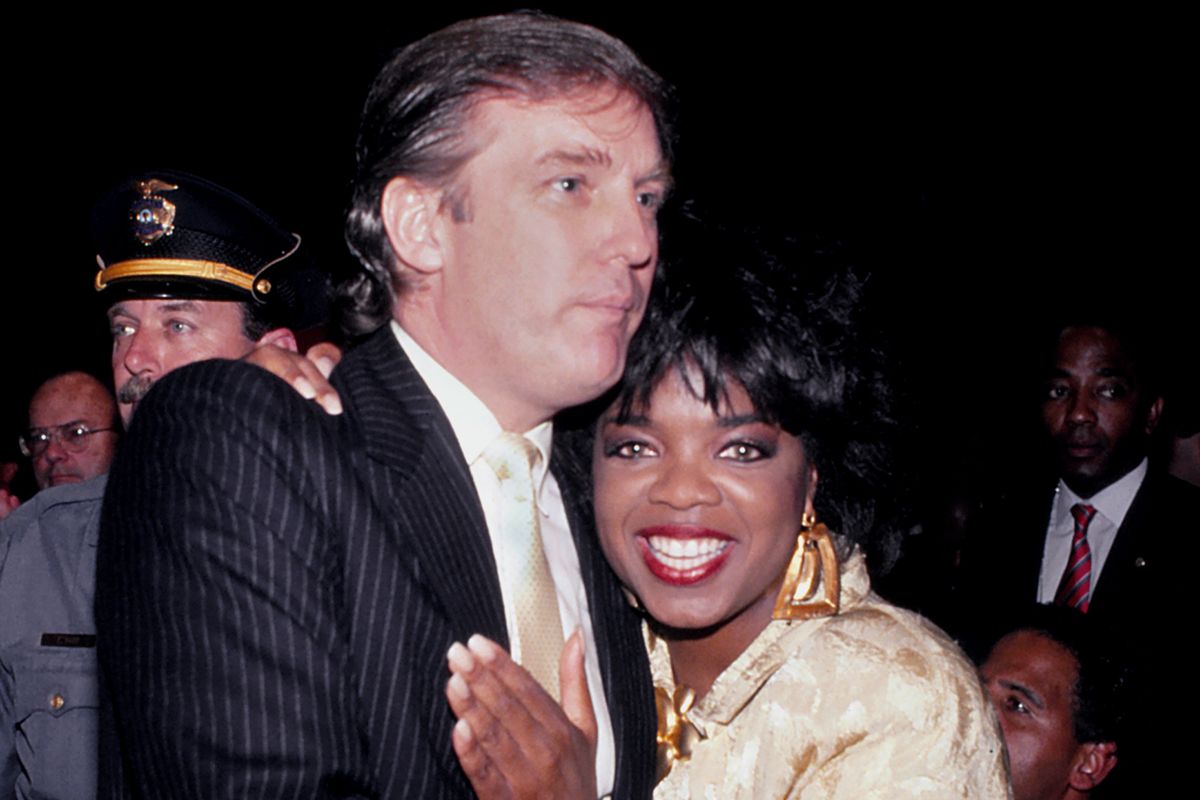 Waking up on Presidents Day to hate-tweets from Donald Trump isn't quite the surprise. The words "very insecure" and Oprah Winfrey in the same statement makes it clear this man has lost his mind. Last night, while the nation mourned the loss of lives from the devastating Florida school shooting, the 45th POTUS wrapped his weekend watching a segment of 60 Minutes. The segment, moderated by Oprah, gathered 14 voters from Grand Rapids, Michigan discussing politics, policy, and Trump's presidency.

In true Trump fashion, he quickly took to Twitter lashing out on Oprah and challenging her to run for office.

Not to mention, Ms. Winfrey has repeatedly expressed that she has no interest in running for president in 2020, or ever. In her words, "It's not in my DNA." We all know Trump has a reputation of coming for the wrong one on social media — his blatant disrespect for pillars of our society and disregard for the current state of our nation has luckily been documented on his account for years. We rounded up a few times President Donald J. Trump took slamming people with his trash opinions on Twitter more seriously than he takes his job.

Somebody please inform Trump to keep Hov's name out of his mouth.

Somebody please inform Jay-Z that because of my policies, Black Unemployment has just been reported to be at the LOWEST RATE EVER RECORDED!
— Donald J. Trump (@Donald J. Trump)1517145512.0

That time he couldn't fit his rant for Meryl Streep in 140 characters and we weren't sure what derogatory slur was coming after "she is a..."

Is it mike or mic Mr. President? Clearly his opinion on Jemele Hill's career was more important than spell check.

The entire cast of Hamilton was added to Trump's "highly overrated" list.

The cast and producers of Hamilton, which I hear is highly overrated, should immediately apologize to Mike Pence for their terrible behavior
— Donald J. Trump (@Donald J. Trump)1479640954.0

There's just some people who shouldn't be touched. Whoopi Goldberg is one of them.

Snoop Dog, with a 20+ year span in the music industry, is still failing according to Donald.

Can you imagine what the outcry would be if @SnoopDogg, failing career and all, had aimed and fired the gun at President Obama? Jail time!
— Donald J. Trump (@Donald J. Trump)1489575760.0