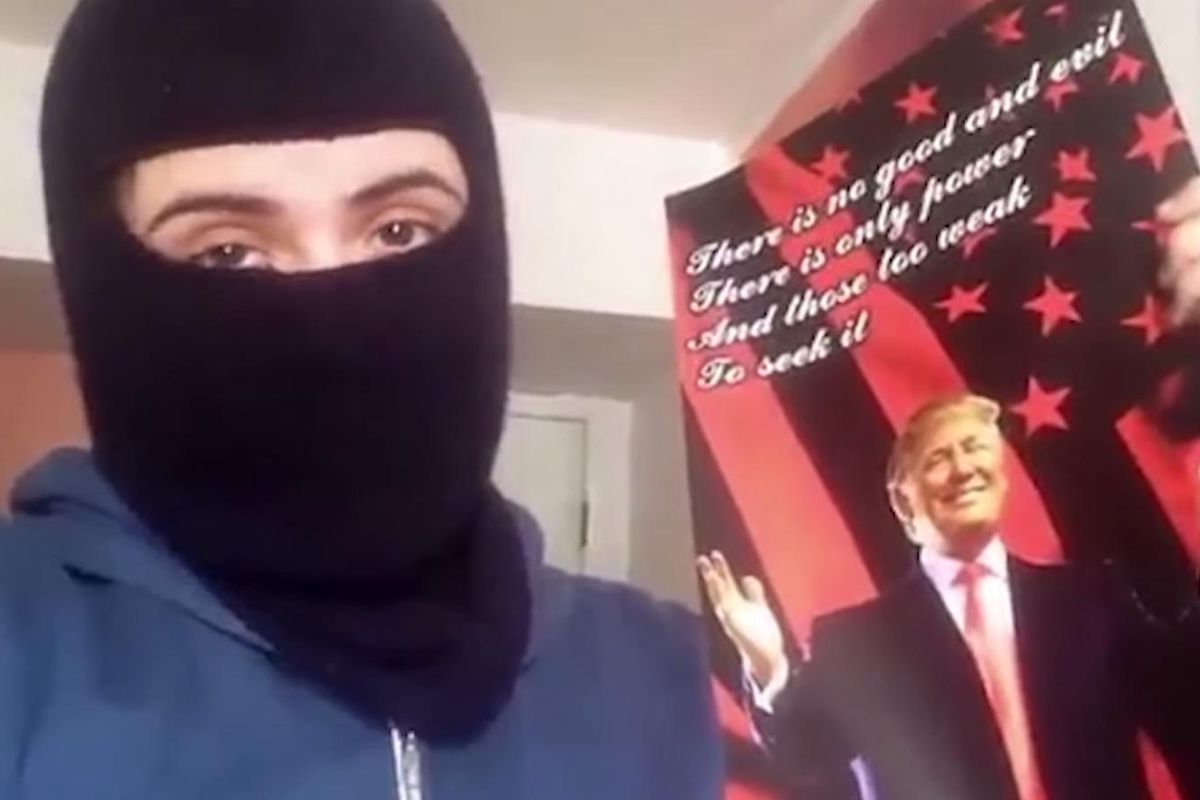 Wwwayward, a collective of Internet-based activists, recently pulled the illest prank ever.

Per a tweet from the collective today (which links to the video below), Wwwayward trolled Trump supporters by getting them to buy phony motivational posters featuring an image of their Orange Potato God crowned by a quote from Harry Potter villain Voldemort.

The poster features a beaming Trump in front of an American flag and reads, "there is no good and evil, there is only power, and those too weak to seek it." It's a direct quote from the Dark Lord featured in the 1997 novel Harry Potter and the Sorcerer's Stone.

The collective sold them to Trumpites at a recent event, and then, in a brilliant twist, donated the proceeds to Familia: Trans Queer Liberation Movement, an organization benefiting LGBTQ Latino communities. We reached out to Wwwayard to find out how much they were hawking this Voldetrump swag for and how much they raised for Familia. We'll update our post shortly.

In the meantime, watch how it all went down below. (And just wait 'til you see what happens to the posters in the dark.)

The art of the deal indeed.