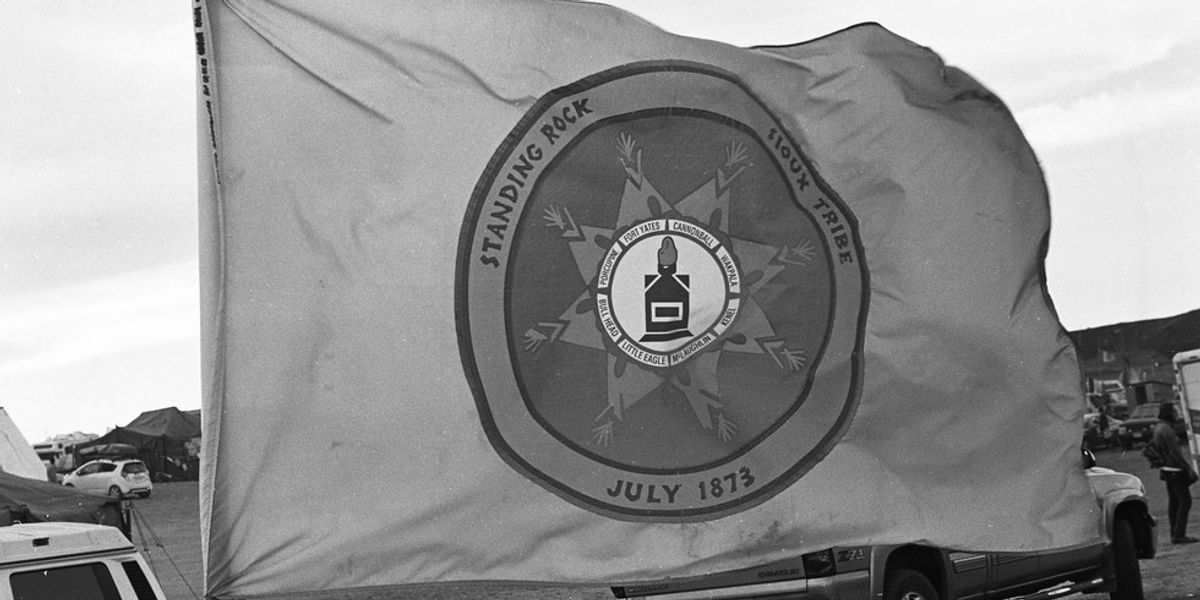 Trump Signs Off on Advancing the Dakota Access Pipeline

Yesterday, in one of his many early actions to roll back Obama-era policies, President Donald Trump signed off on an executive action that gives government approval to continue the Dakota Access Pipeline.

NoDAPL protestors scored a small victory in December, when the Army Corps of Engineers announced that they would stop construction on the project and look for alternative routes for the pipeline to take instead of running under the Missouri River and land sacred to the Standing Rock tribe. Despite this progress, the NoDAPL fight has continued. Protestors in North Dakota were still clashing with police as recently as Martin Luther King Jr. Day, and North Dakota lawmakers have introduced a bill that would allow motorists to "accidentally" run over protestors on highways and roads.

President Trump also opened the door to building the Keystone XL pipeline (which Obama had rejected). The administration also ordered the EPA to put a hold on all the grants and contracts they give out, and stop its members from tweeting or talking to the press.

Great day for the environment all around.