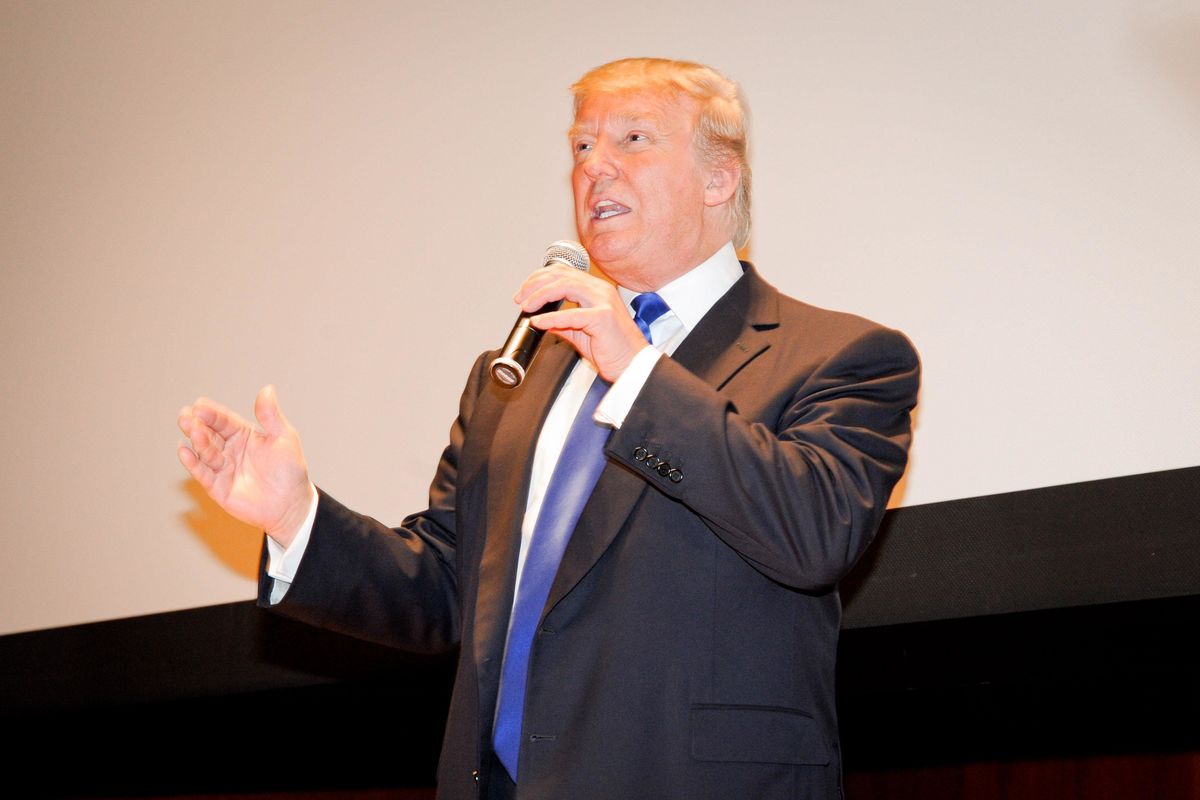 Centrist Supreme Court Justice Anthony Kennedy recently announced that he's retiring, meaning that Trump will soon appoint a second justice to the Supreme Court, likely swaying the balance to a majority of conservative justices. These justices, who serve for life, have the potential to reverse many landmark rulings, including Roe v Wade, a 1973 legal case that decided on a national level that women have the right to abortions.

In a recent interview with Fox News, Trump was asked if potential justices' stances on abortion would influence his decision. He started out pretty generally, saying, "Well that's a big one, and probably not. They're all saying 'Don't do that...' but I'm putting conservative people on."

Fox News host Maria Bartiromo then asked if Trump was going to make abortion a states' issue as he said he would on the campaign trail by appointing an anti-choice justice if possible. Trump responded a bit more directly, suggesting that Roe v Wade could potentially be in danger. He said, "Maybe some day it will be to the states. You never know how that's going to turn out. That's a very complex question...We'll see what happens."

His statement comes after a poll by Quinnipac University found that 63 percent of Americans support Roe v Wade.

Republican Senator Susan Collins has said that she will not support a Supreme Court nominee who openly opposes Roe v Wade. Her vote is necessary for Trump's nomination to proceed.