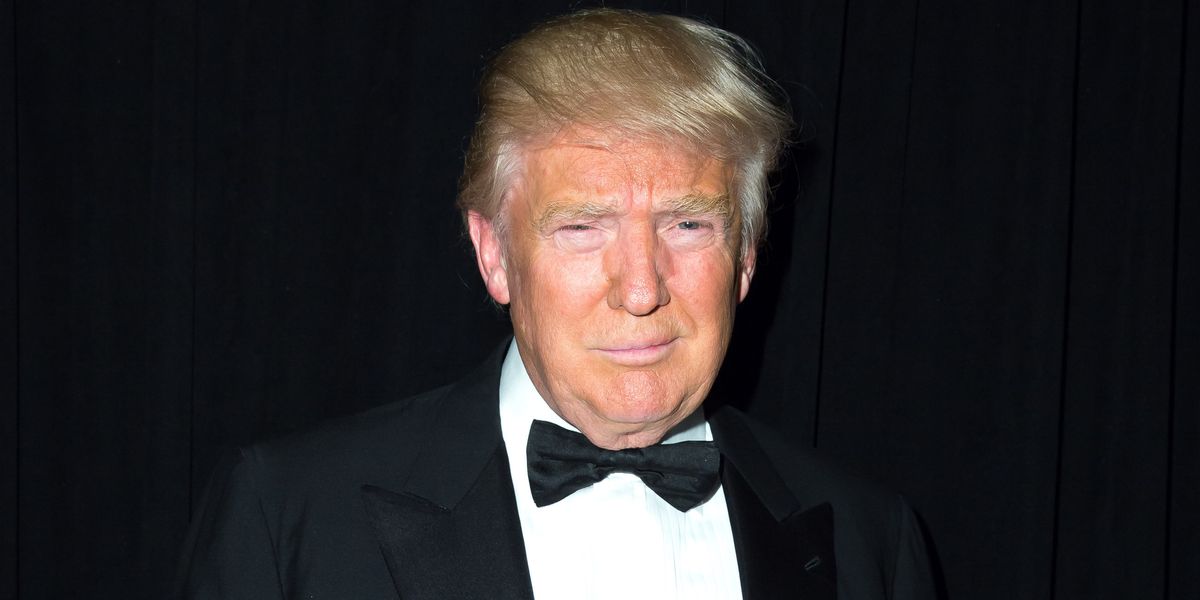 President Trump is known for many things, but a firm grasp of the facts may not be one of them. This week, Trump made the totally not-shocking decision to back accused sexual predator (of young girls) Roy Moore in his bid for the senate in Alabama, and now he's moved onto another strange denial of a sexual harassment situation he's long-since confessed to being part of.

The Times reports that lately Trump has been suggesting that the infamous Access Hollywood tape in which he bragged to Billy Bush about "grabbing women by the pussy" was fake.

He sees the calls for Mr. Moore to step aside as a version of the response to the now-famous "Access Hollywood" tape, in which he boasted about grabbing women's genitalia, and the flood of groping accusations against him that followed soon after. He suggested to a senator earlier this year that it was not authentic, and repeated that claim to an adviser more recently. (In the hours after it was revealed in October 2016, Mr. Trump acknowledged that the voice was his, and he apologized.)

Trump also claimed to have turned down a TIME Magazine "Person of the Year" cover -- a claim that the storied magazine quickly shot down on Twitter.

Time Magazine called to say that I was PROBABLY going to be named “Man (Person) of the Year," like last year, but I would have to agree to an interview and a major photo shoot. I said probably is no good and took a pass. Thanks anyway!
— Donald J. Trump (@realDonaldTrump) November 24, 2017

The President is incorrect about how we choose Person of the Year. TIME does not comment on our choice until publication, which is December 6.
— TIME (@TIME) November 25, 2017

In other news, a deal was closed tonight by the Meredith Corporation, backed by the Koch brothers, to purchase Time, Inc. for $2.8 billion.