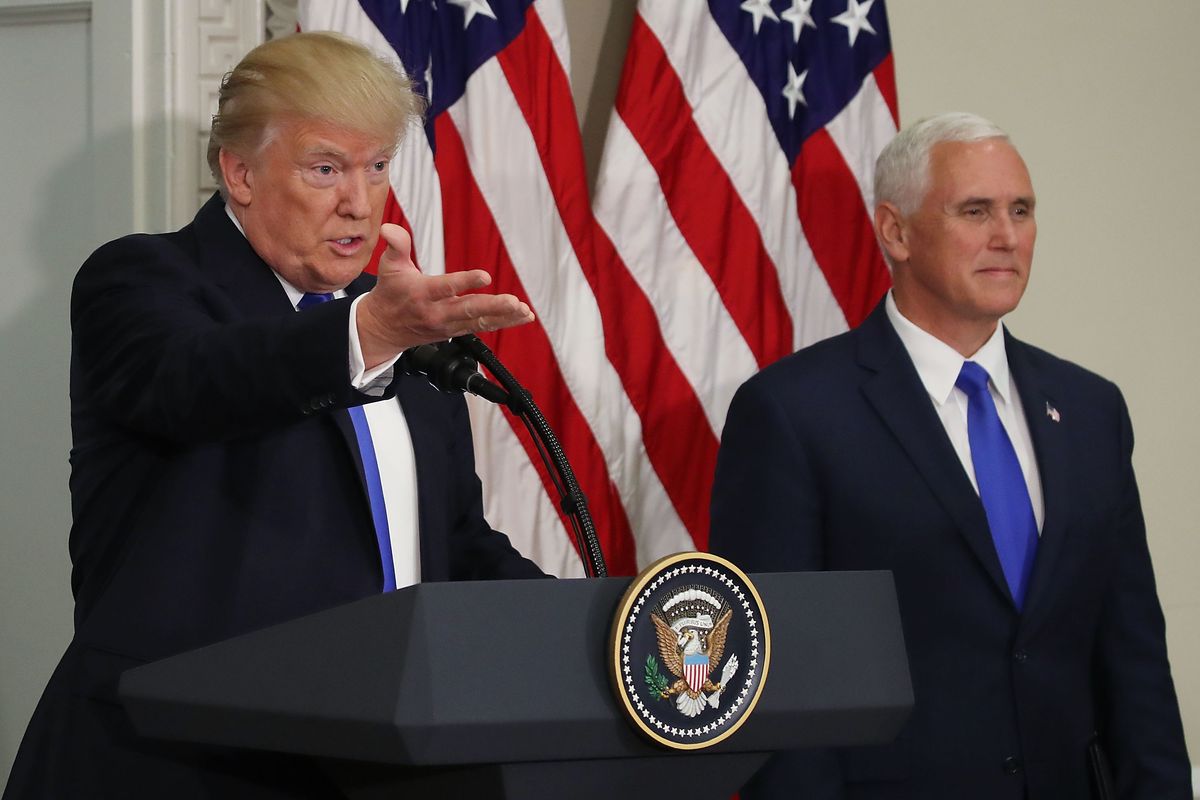 Mike Pence, the man that reportedly calls his wife "mother" and the Vice President who seems to be waiting with Frank Underwood-like anticipation for an impeachment, has always been viciously anti-gay (you'll remember his electroshock-therapy support) but a new New Yorker profile claims Trump has joked Pence wants to "hang" all gay people.

The article mostly confirms what we all knew, Trump's only interest his pandering to his dwindling voters rather than any actual passion for regulating reproduction and gay rights, and as such has been ribbing Pence for how much energy he's been investing into those two issues in particular.

'Two sources also recalled Trump needling Pence about his views on abortion and homosexuality. During a meeting with a legal scholar, Trump belittled Pence's determination to overturn Roe v. Wade. The legal scholar had said that, if the Supreme Court did so, many states would likely legalize abortion on their own. "You see?" Trump asked Pence. "You've wasted all this time and energy on it, and it's not going to end abortion anyway." When the conversation turned to gay rights, Trump motioned toward Pence and joked, "Don't ask that guy—he wants to hang them all!"'

While many are gunning for Trump to give up the top spot, the New Yorker's Jane Mayer details just how terrifying an ultra-conservative Pence presidency would be. Read her full story here.

[h/t The Cut]
Images via Getty