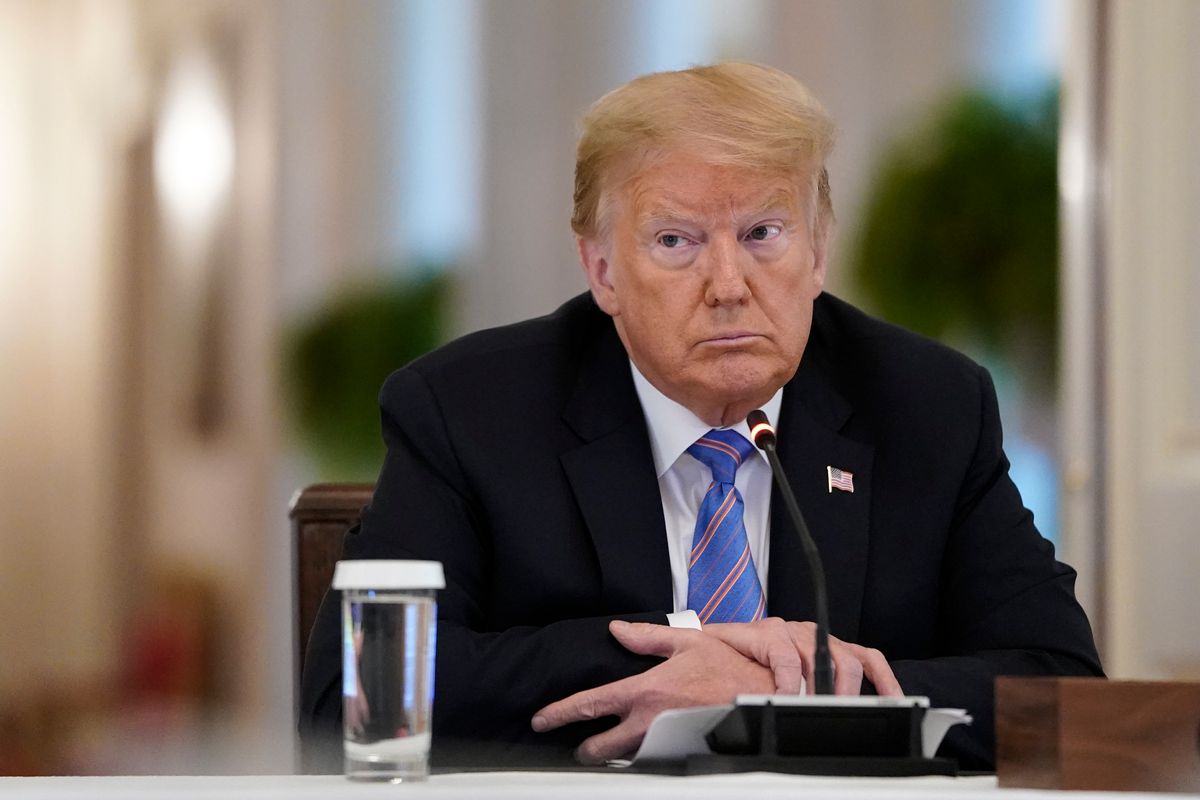 In a move to try and identify protesters for possible arrest, President Donald Trump tweeted posters of protesters who allegedly vandalized the statue of Andrew Jackson at Lafayette Square in Washington, D.C.

The posters read, "The United States Park Police, in conjunction with the FBI Washington Field Office's Violent Crimes Task Force, is attempting to identify several individuals who are responsible for vandalizing federal property at Lafayette Square in Washington, D.C." And the attempt to identify is because of "Destruction of property and other related crimes."

The photos placed on the public notices are screenshots from photos taken from the protests, and now other activists are warning protesters to wear masks and face coverings to protect themselves.

This news comes after Trump promised jail time of up to 10 years for people who defaced "any monument, statue or other such federal property." He cited the 2003 Veteran's Memorial Preservation act to justify this action, and says that it applies retroactively to "vandalism already caused."