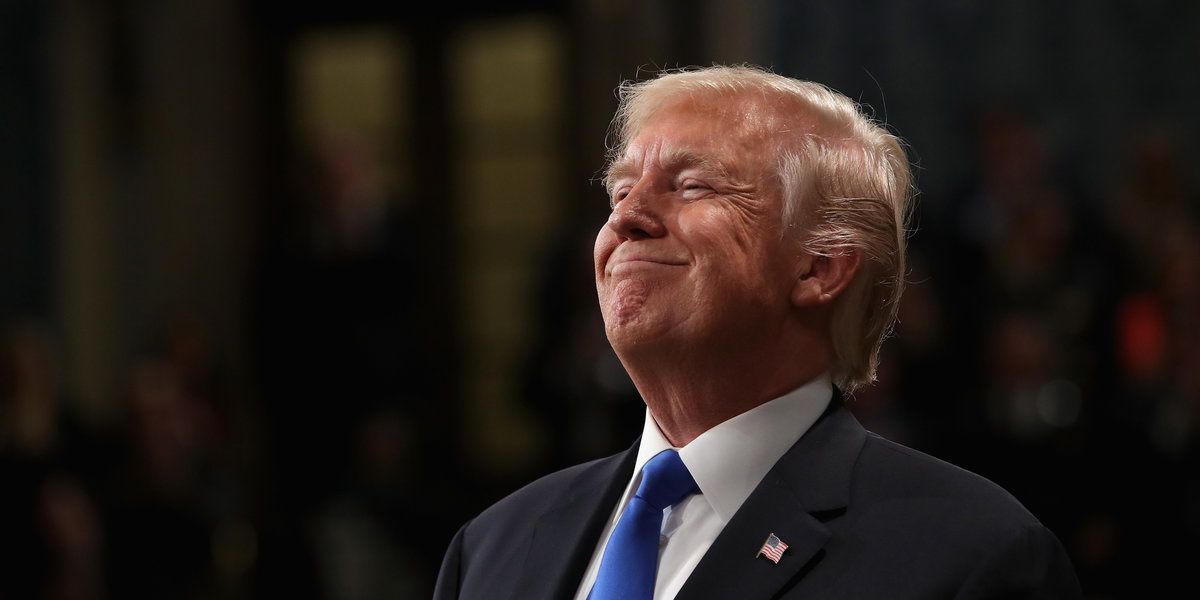 Trump Says He's the Only Star We Have Left

If there's one thing we can expect of President Trump at this point, it's that he'll always have some deranged tweet to share with us at the crack of dawn.

The newest victim of Trump's latest tweeting tirade is this year's Academy Awards. On Tuesday morning, our POTUS found the need to share his thoughts on the ceremony's low ratings, and didn't hold back on throwing some shade on the rest of Hollywood.

The President tweeted: "Lowest rated Oscars in HISTORY. Problem is, we don't have Stars anymore - except your President (just kidding, of course)!"

Trump, can you just not? While it is true that this year's Oscars ceremony had historically low ratings, it has nothing to do with the amazing talent celebrated at the awards show (more likely the fact that no one watches TV on TV, anymore).

There are many real "stars" who are not only extremely talented but also reforming the film industry by breaking down cultural barriers for marginalized groups — something Trump has never done in his political or entertainment career. Here are just a few example of Academy Award winners who trump President Trump in star-status:

Stay in your lane, Narcissist-in-Chief. The slow one (just kidding, of course)!