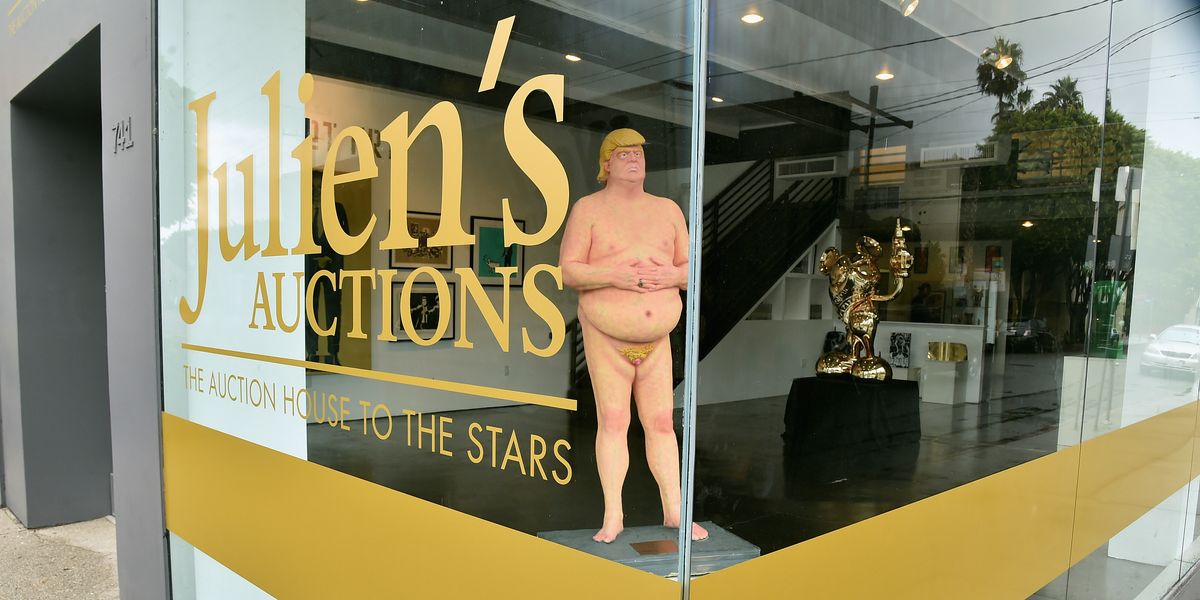 Someone Paid $28,000 for the Heinous Nude Trump Statue

Donald Trump may be many things, but fit and trim he is not. So the fact that a statue of the president, completely nude and featuring all of his charming attributes, sold for $28,000 (23,000 euros) at an auction may seem rather surprising.

Where the statue will be now be displayed puts things into context. The infamous statue, created by a West Coast anarchist collective and one of a series of similar works featuring 45 in the nude is headed to the Haunted Museum in Las Vegas and was purchased by Zak Bagan, a paranormal investigator and television personality at Julien's biannual auction in Los Angeles.

The Haunted Museum on Instagram: “Opening soon... are you ready?”

It's believed to be the last of the statues not vandalized or destroyed. The four other naked Trump —titled "The Emperor Has No Balls" (quite literally, the statue has no testicles) were confiscated or destroyed after first appearing in public spaces in LA, San Francisco, New York, Seattle and Cleveland. New York City officials said the statue violated regulations banning "any unpermitted erection in city parks, no matter how small."