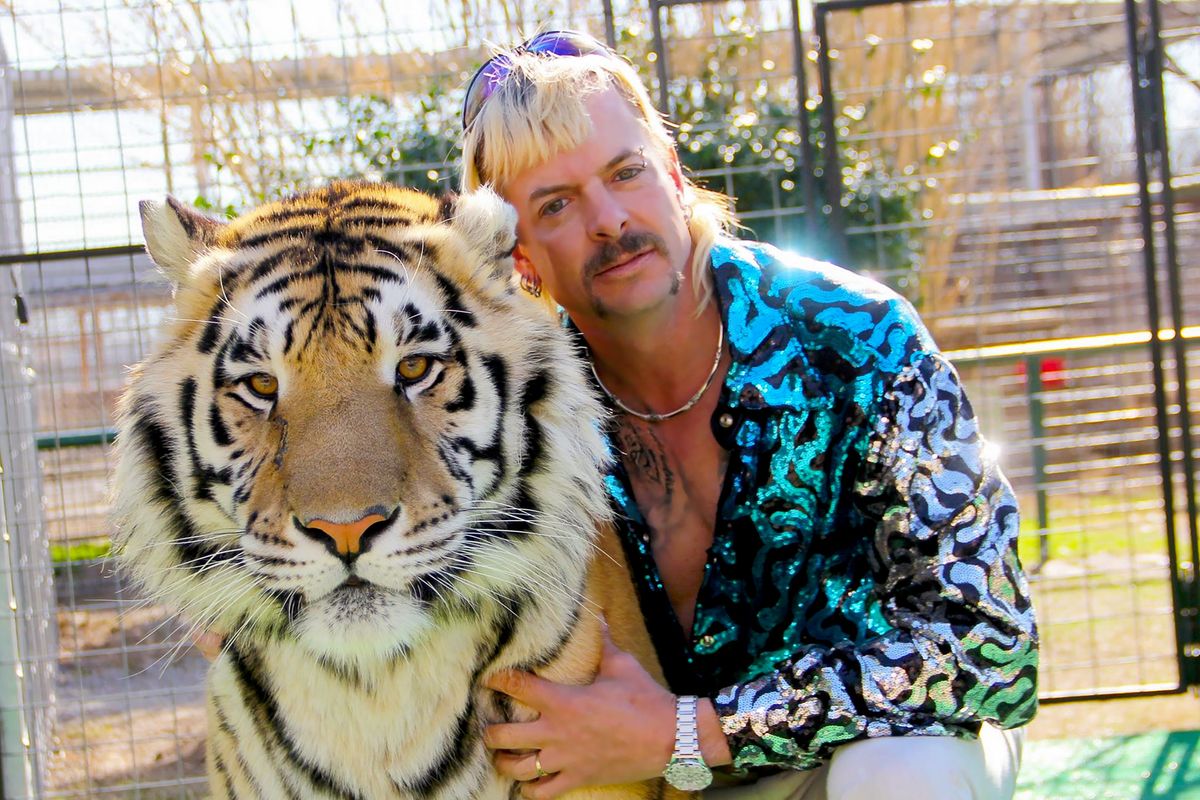 Notably absent from the list, however, was Joe Exotic. The Tiger King star and his legal team seemed, perhaps overly optimistic that a presidential pardon would come through after having submitted an appeal back in April, even going so far as to park a limo outside of the prison in anticipation of his release.

To add insult to injury, an Oklahoma judge ruled yesterday that the new owner's of Exotic's zoo must surrender all of their lion and tiger cubs, as well as their mothers, to the federal government for violating the Endangered Species Act and the Animal Welfare Act. Ouch.

With less than a day left in his presidency, the New York Times has reported that Trump is planning to ramp up his pardoning spree by potentially issuing upwards of 100 pardons and commutations.

In addition to previously pardoning some of his close allies like Michael Flynn, Roger Stone, Paul Manafort and Ivanka's father-in-law Charlie Kushner, Trump is also looking to pardon potential candidates like himself (no surprise there), members of his family, more allies like Rudy Giuliani and Stephen Bannon — and, just maybe, Joe Exotic.

The titular star of the wild Netflix documentary, Tiger King, who is currently serving a 22-year sentence for animal abuse and murder for hire, has made it no secret that he's lobbying for a presidential pardon. Exhausting every possible avenue — including reaching out to aspiring lawyer Kim Kardashian for help in his pardon bid — Joe Exotic's fate comes down to the final hours of the Trump administration. According to his legal team, however, they seem confident Trump will come through. They even have a limo parked outside the jail.

"We are really in action mode right now," said Eric Love, the private investigator heading up Joe Exotic's legal case. "I've got make-up, wardrobe, the whole unit that will come up. The first thing Joe wants to do, he wants his hair done. He hasn't had his hair done in two-and-a-half years. That's the first order of business. Then we'll probably go and get some pizzas, steak, maybe a McRib."

In similar news, many have begun to speculate whether or not Lil Wayne might also be among the list of potential candidates. Last month, the rapper pleaded guilty to felony gun possession and violating the conditions of his parole after a gold-plated handgun was found in his luggage while trying to board a private plane in Florida.

As you may recall, Lil Wayne notably voiced his support for the president in the lead up to last November's election, tweeting about how Trump's "Platinum Plan" would help Black Americans and even going so far as to pose with him for a photo op. The endorsement (justifiably) garnered a significant amount of backlash online and even allegedly prompted the rapper's then girlfriend to break up with him.

Having kissed the ring and knowing Trump's affinity for making splashy headlines, a pardon for Lil Wayne may not be entirely out of the question. Stranger things have happened.