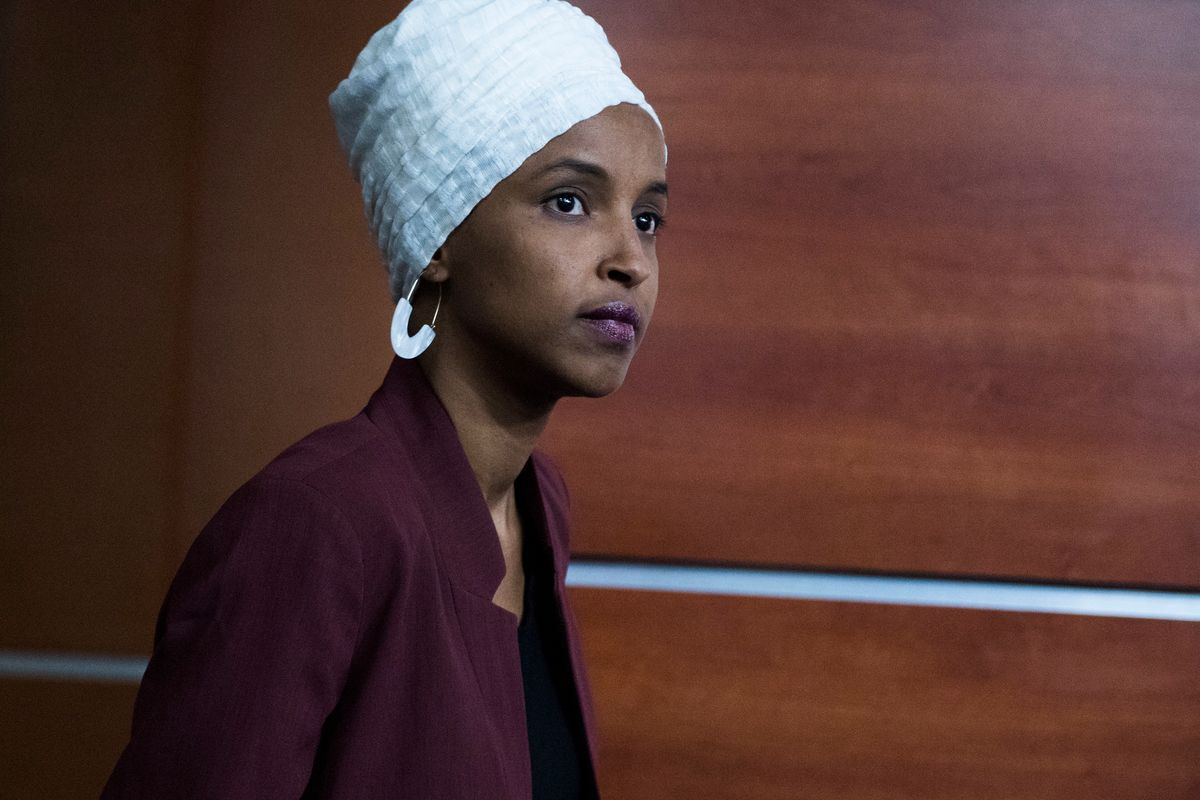 Donald Trump was in full re-election mode at a rally in North Carolina last night, appealing to his voter base the only way he knows how — by targeting minorities and proclaiming them "un-American." An at-capacity stadium crowd enthusiastically cheered on the President as he repeatedly referenced four young Democrat women of color currently making waves in Congress, calling for them to leave America and "go home."

Trump singled out Minnesota Representative Ilhan Omar, alongside AOC, Michigan Representative Rashida Tlaib, and Ayanna S. Pressley of Massachusetts. A former refugee from Somalia, in 2016 Omar became the first non-white woman to be elected from Minnesota. She's been a champion of affordable healthcare and college education, also making headlines as a critic of Israel's settlement policy and lobbying influence in Washington. Last night's crowd repeatedly chanted the phrase "send her back," as the President branded Omar "a left wing idealogue" who "sees our nation as a force for evil."

Trump's racist rhetoric doubled down on a series of his Sunday night tweets about Omar, AOC, Tlaib, and Pressley that told them to leave the US and return to their supposed homelands (All the representatives save Omar were born in the United States.) The House later condemned the tweets as racist in a 240 to 187 vote. Most Republicans sided with Trump in the vote, and the President boasted as much last night: "There is great unity in the Republican Party."

Democratic presidential candidates including Bernie Sanders, Elizabeth Warren, and Kamala Harris all backed Omar on Twitter last night, as the hashtag #IStandWithIlhan started trending on the platform during the rally. Omar herself responded by tweeting a quotation from the Maya Angelou poem "Still I Rise." She didn't seem too bothered by Trump inciting thousands of outraged supporters against her: "I am where I belong, at the people's house and you're just gonna have to deal!"

Trump knows that when we stand together and fight for racial, social, economic and environmental justice, we have t… https://t.co/eVD7sRA6RM
— Bernie Sanders (@Bernie Sanders)1563420867.0

We can do many things at once. This morning that means standing with @IlhanMN and her colleagues in the face of rac… https://t.co/oql3V7W2QK
— Pete Buttigieg (@Pete Buttigieg)1563460094.0

Another Trump "Keep America Great" rally is planned for August 1 in Cincinnati.