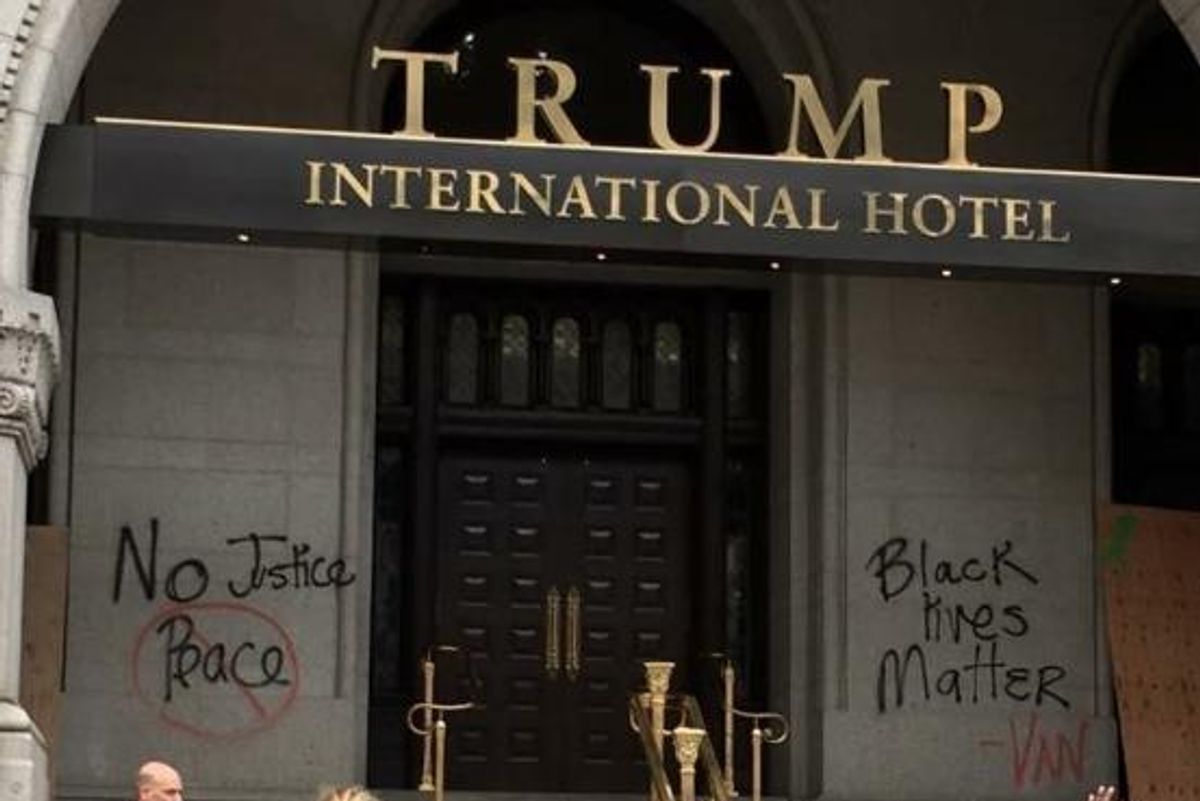 Racist demagogue ham demon and Being There-style presidential candidate Donald Trump's new D.C.-area luxury hotel was vandalized this weekend with graffiti associated with the Black Lives Matter social justice movement. *smirking emoji* The words "Black Lives Matter" and "No Justice No Peace" were spray painted on either side of the Trump International Hotel's front door sometime on Saturday afternoon, but according to police spokeswoman Aquita Brown, no suspects have been apprehended. Of course, Trump's entire campaign has been based on racist fear-mongering, but he's been a particularly strident against the Black Lives Matter group, saying "they're looking for trouble."

Somebody even got video of the man as he tagged the building, and nobody did anything about it. *smirking emoji*