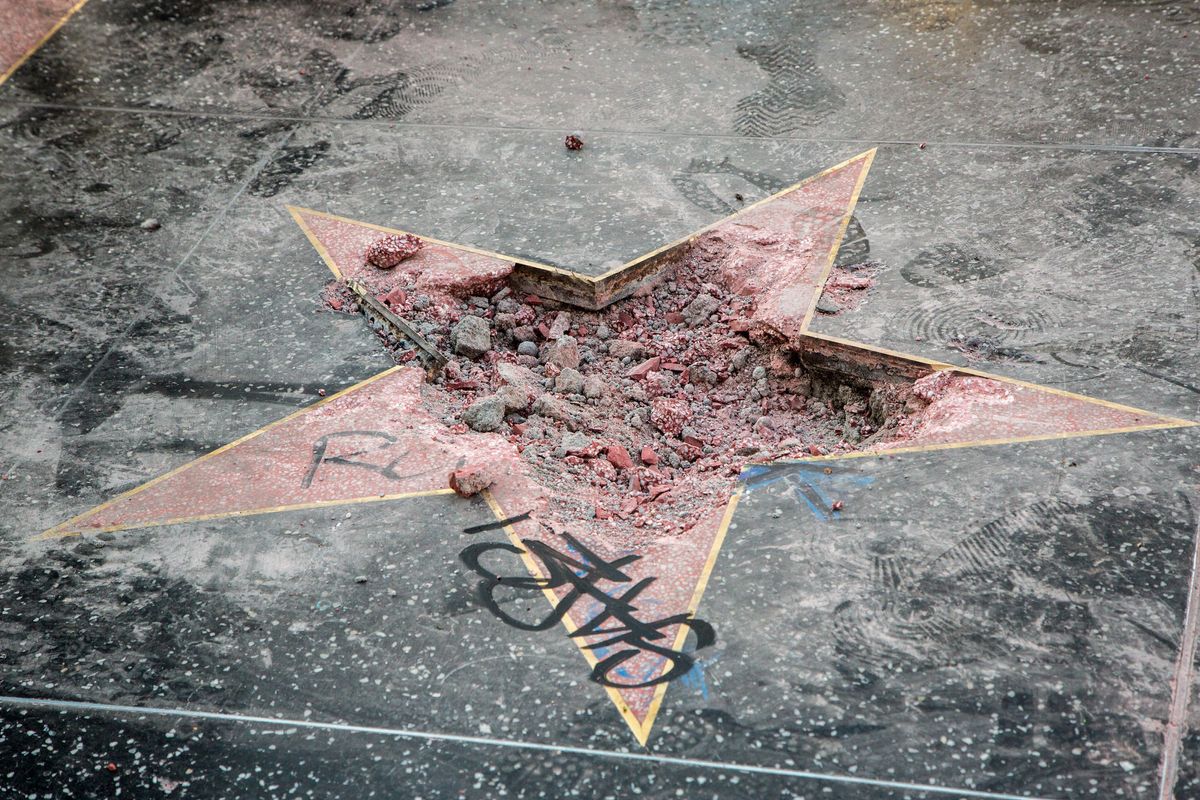 Trump Might Get Kicked Off the Hollywood Walk of Fame

On July 25th, 24-year-old Californian Austin Mikel Clay destroyed President Donald Trump's star on the Hollywood Walk of Fame, tearing it apart with a pickaxe. Clay has been charged with one felony count of vandalism, and faces up to three years in jail. The last person to vandalize the star, Jamie Otis (heir to the Otis Elevator fortune), put up Clay's bail. And their work was not for naught: according to West Hollywood Mayor John Duran, last night, the WeHo City Council unanimously voted to remove Trump's star.

This doesn't necessarily mean that Trump's star is a goner. As per Vulture, the vote is just a recommendation that doesn't guarantee a removal. The final decision rests with the Los Angeles City Council and Hollywood Chamber of Commerce, which has said it never takes stars off the Walk of Fame.

In a statement to Entertainment Weekly, chamber president Leron Gubler urged the public to stop messing with the stars. "When people are unhappy with one of our honorees, we would hope that they would project their anger in more positive ways than to vandalize a California State landmark. Our democracy is based on respect for the law. People can make a difference by voting and not destroying public property."

If the star stays, we imagine Hollywood hardware stores might experience an uptick in pickaxe sales.