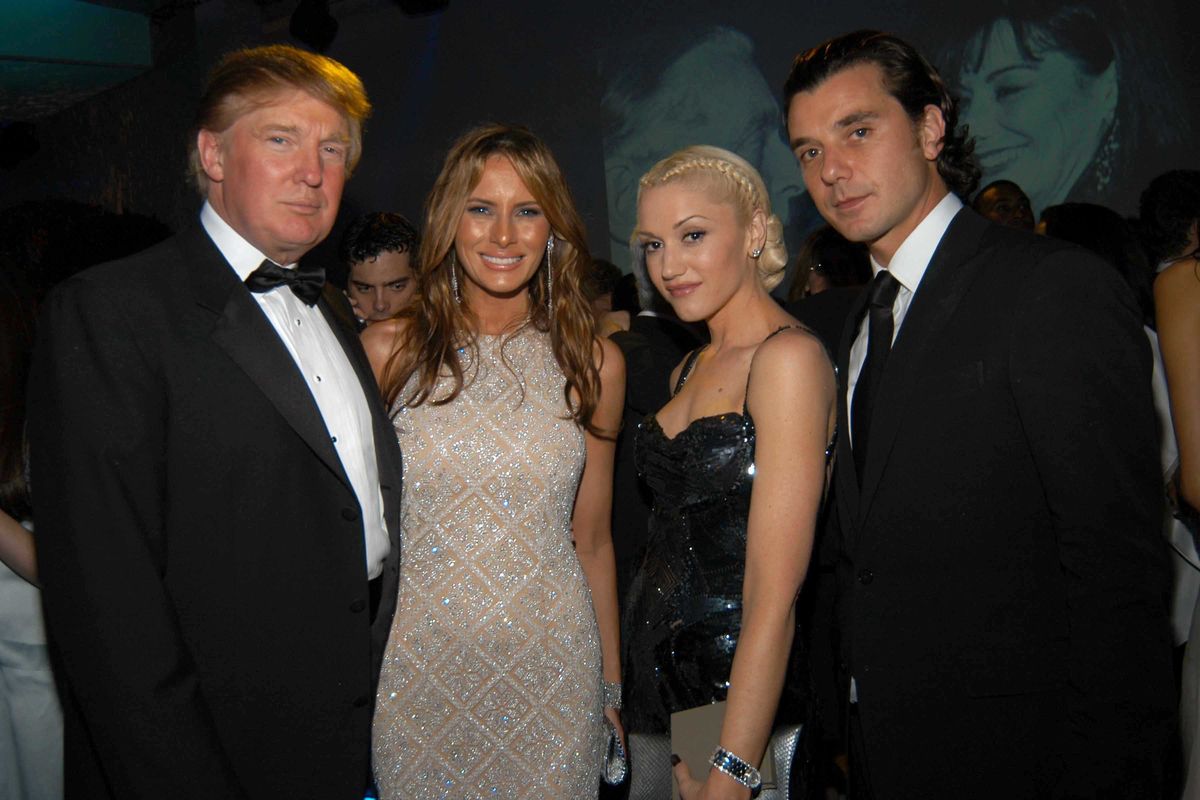 Did Trump Run For President Because of Gwen Stefani?

Political headlines are pretty wild these days, but here's some shit that really is B-A-N-A-N-A-S: Gwen Stefani might be the reason Donald Trump is President. Gwen Stefani! Of No Doubt and L.A.M.B fame. The woman who sang one of the most underrated break up songs of the 21st century ("Cool," 2004, don't @ me).

In a wide-ranging interview with The Hollywood Reporter, documentary maker Michael Moore makes the strange but actually kind of convincing claim that jealousy over NBC pay grades inspired Trump to announce a presidential bid in 2015. Both he and Stefani were employed by the network at the time, and Trump heard that the pop star commanded a higher fee on The Voice than he did for The Apprentice. So he attempted to prove his worth by staging a campaign announcement that would showcase his popularity.

Needless to say, the move backfired.

"He'd been talking about running for president since 1988, but he didn't really want to be president," Moore told writer Gregg Kilday. "There's no penthouse in the White House. And he doesn't want to live in a black city. He was trying to pit NBC against another network, but it just went off the rails."

Trump's campaign announcement had the opposite of its intended effect: horrified by his rhetoric about "Mexican rapists," NBC ended its business relationship with him altogether. With more time on his hands, Trump decided to dedicate himself to a presidential campaign that had initially been intended as a mere publicity stunt. It's all very The Butterfly Effect. If Gwen hadn't risen to fame as a 90s ska pop queen, Trump might still be a network reality star instead of the most powerful politician in the world.

Feeling mad that a man ran for president because he was mad a woman was earning more money than him? Soothe yourself with this classic feminist anthem, courtesy of Gwen.