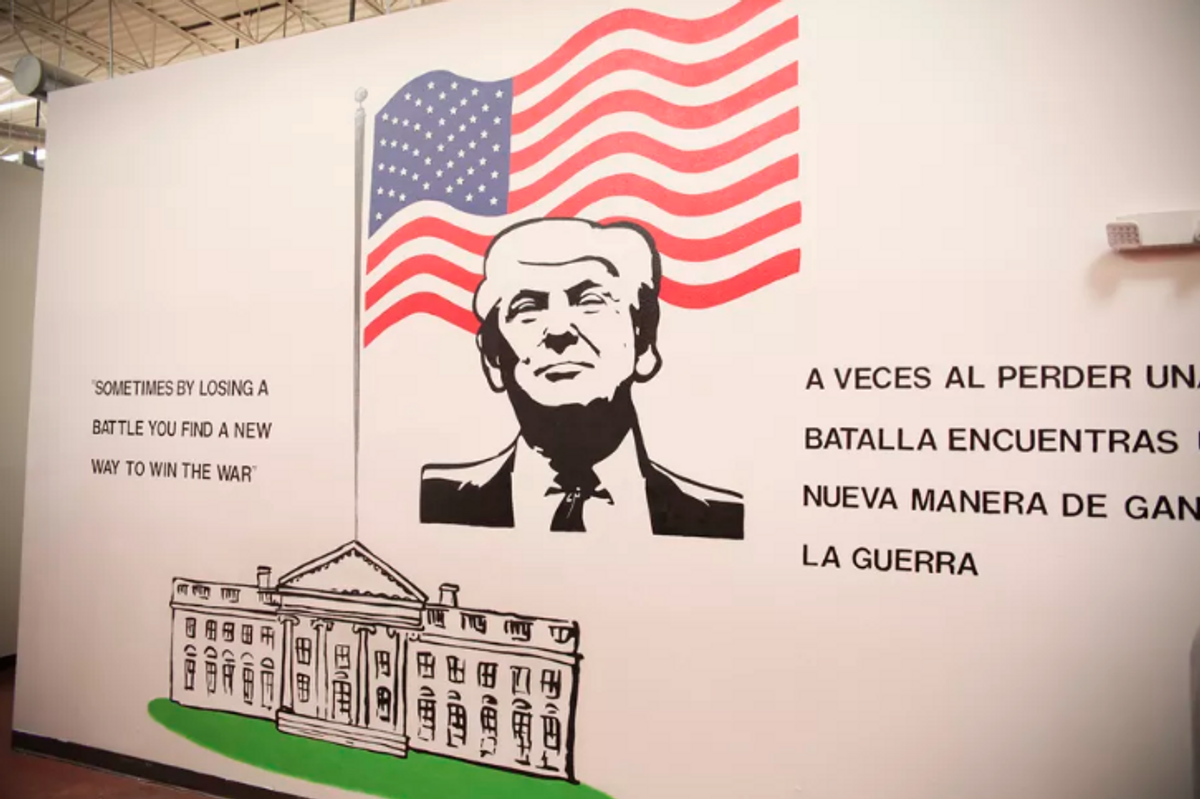 Alarming doesn't do it justice.

Trump lowered the bar for crude and violent discourse in national politics past the gutter and into the sewer long before he was elected, but his recent use of extermination terms in relation to immigrants is dripping in white supremacist rhetoric and centuries of racist, genocidal consequences:

Back in May, Trump referred to members of the MS-13 gang as "animals," and separately in a memo seemed to cast 'illegal immigrants' in general into the same lot. His supporters argued he only meant the gang members, and Trump's rambling way of speaking meant the discourse was nearly indecipherable. Still, now that Latin American children and babies are being separated from their families at the border, held in cages within detention camps, it becomes impossible to deny the impact of his words and the intention behind them.

Josh Marshall at Talking Points Memo lays out why this language is so violent, in case anyone's world history class forgot to cover the past two centuries:

The use of the word "infest" to talk about people is literally out of the Nazi/anti-Semites' playbook for talking about the Jewish threat. It was also a standard for talking about Chinese in the western United States and it remains part of the vocabulary for talking about Romani (Gypsies) in parts of Europe. This is the most hard-boiled kind of racist demagogic language, the kind that in other parts of the world has often preceded and signaled the onset of exterminationist violence. The verb "to infest" is one generally used to describe insects or vermin (rats), creatures which are literally exterminated when they become present in a house or building or neighborhood.

The language has also been used by those enacting the Rwanda genocide, who routinely called their Tutsi victims "cockroaches." As Ed Kilgore writes, it's a "rhetorical line that should never be crossed, regardless of its precise application."

Here are four things you can do right now to help families separated at the border.

Photo by Department of Health and Human Services from inside Casa Padre, the largest government-contracted migrant youth shelter, in Brownsville, Texas.