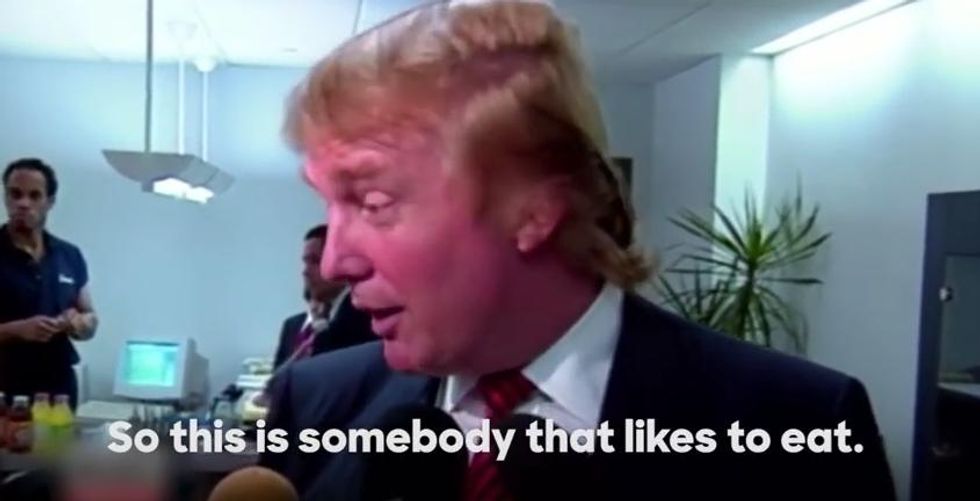 Trump Defended His Horrific Treatment Of Alicia Machado This Morning

During his many astonishing and horrifying comments in last night's first presidential debate of the election, Donald Trump seemed only slightly shocked when Hillary Clinton rightfully brought up his treatment of 1996 Miss Universe winner Alicia Machado. The Venezuelan native, who has since become an U.S. citizen, was infamously body-shamed by Trump and the pageant organization after she allegedly gained weight following her win. Machado was apparently threatened by Trump and the Miss Universe organization that she would be stripped of her title if she didn't lose weight.

Clinton rightfully used his treatment of Machado as a symbol of the larger issue of how Trump not only views women, but immigrants:


He called this woman 'Miss Piggy.' Then he called her 'Miss Housekeeping,' because she was Latina. Donald, she has a name: Her name is Alicia Machado. She has become a U.S. citizen, and you can bet she's going to vote this November.

The Clinton campaign featured Machado in an ad leading up to last night's debate, where she reiterated these horrifying comments.

In one occasion, Trump, accompanied by a fleet of media, stood next to Machado as she exercised in the gym, following the contest; he and the organization had already begun pressuring her to lose weight.

"This one likes to eat," he said of Machado.

The comments and treatment during and after the contest contributed in Machado developing eating disorders and other psychological damage.

This morning, Trump--not denying his previous mistreatment of Machado--went on Fox and Friends to discuss the debate, and brought up Clinton trying to "get under his skin." He, again, insulted Machado, calling her "the worst [the pageant] ever had," adding that they had a "tremendously difficult time with her."

He continued with this jaw-dropping explanation (despite the anchors' efforts to move onto another topic):

She was the winner, and she gained a massive amount of weight, and it was a real problem," Trump says. "Hillary went back into the years and she found this – this was many years ago – and found the girl, and talked about her like she was Mother Teresa, and it wasn't quite that way, and that's okay, Hillary has to do what she has to do.

The collective look on the faces of the Fox and Friends hosts as he vomits this hateful quote says it all.