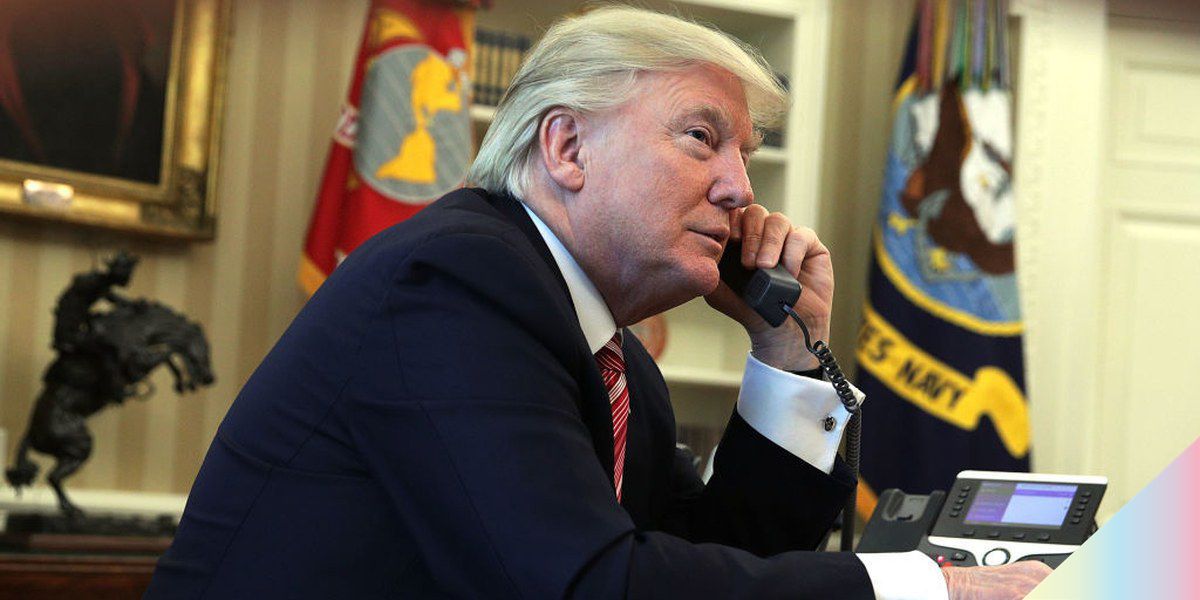 In a (slightly) commendable move, Trump called Ireland's newly elected and first openly gay Taoiseach (their fantastic word for Prime Minister) Leo Varadkar to congratulate him on his well-deserved victory. Trump made the phone call behind his desk in the Oval Office, with press cameras and mics present of course.

"We have so many people from Ireland in this country," Trump remarked during the calI. "I know so many of them, I feel I know all of them." During the 15-minute conversation, Trump and Varadkar, who were speaking for the first time, also delved into topics like Brexit and climate change (let's hope he convinced Trump of its existence). They ended on a positive note, with Trump inviting the young Taoiseach to the White House for St. Patrick's Day next year.

While there was no specific mention or congratulatory remark on Varadkar being the first gay Prime Minister, the call does represent a positive step forward in Trump's attitudes toward the LGBTQ community and his position with global nations at large. Baby steps, people.