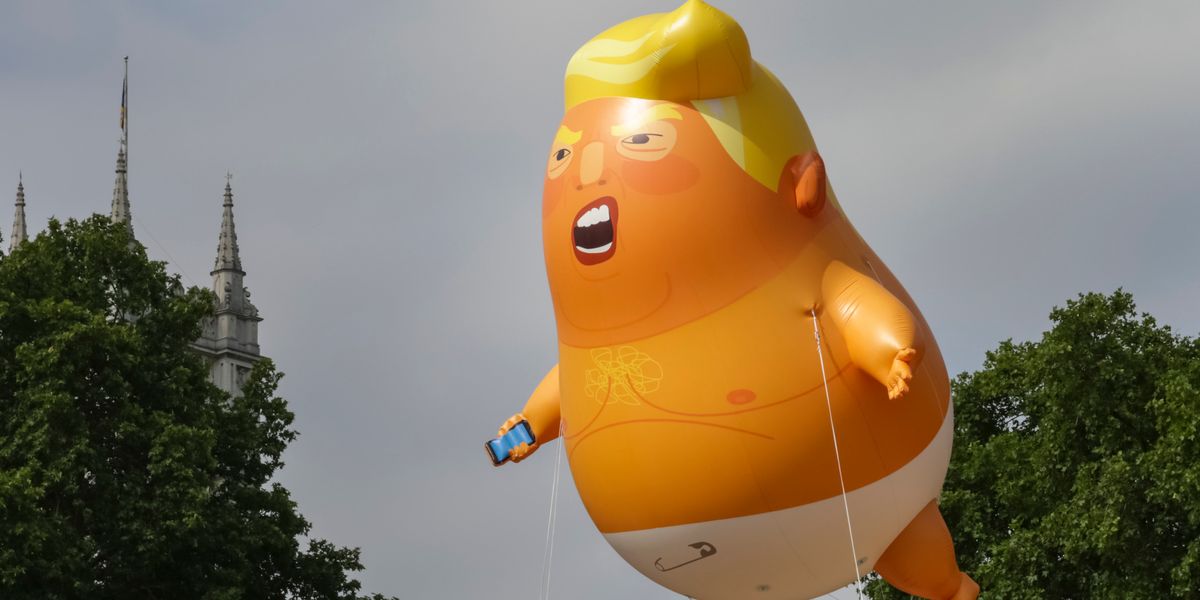 A 20-foot blimp that depicts Donald Trump as an orange, shrieking diaper-clad baby has been flying in Central London. The "peaceful protest" as London Mayor Sadiq Khan described it, bothered Trump so much that he has decided to avoid the city altogether. He told The Sun, "I guess when they put out blimps to make me feel unwelcome, no reason for me to go to London. I used to love London as a city. I haven't been there in a long time. But when they make you feel unwelcome, why would I stay there?"

Now, the blimp is coming to the United States thanks to New Jersey activist Didier Jimenez-Castro, who created a GoFundMe that raised $4,5000 within 22 hours to bring the blimp to Bedminster, New Jersey, where Trump has a National Golf Club.

The blimp's original GoFundMe campaign explained its intention to attack the one thing Trump cares about most — his ego, writing, "Donald Trump is a big, angry baby with a fragile ego and tiny hands. He's also racist demagogue who is a danger to women, immigrants and minorities and a mortal threat to world peace and the very future of life on earth. Moral outrage is water off a duck's back to Trump. But he really seems to hate it when people make fun of him. So when Trump visits the UK on Friday the 13th of July this year, we want to make sure he knows that all of Britain is looking down on him and laughing at him."

Other people across the country are also creating campaigns to bring the blimp to their hometowns. There are currently campaigns in Silver Spring, Maryland, Austin, Texas, Farmington, New Mexico, and St. Louis, Missouri.