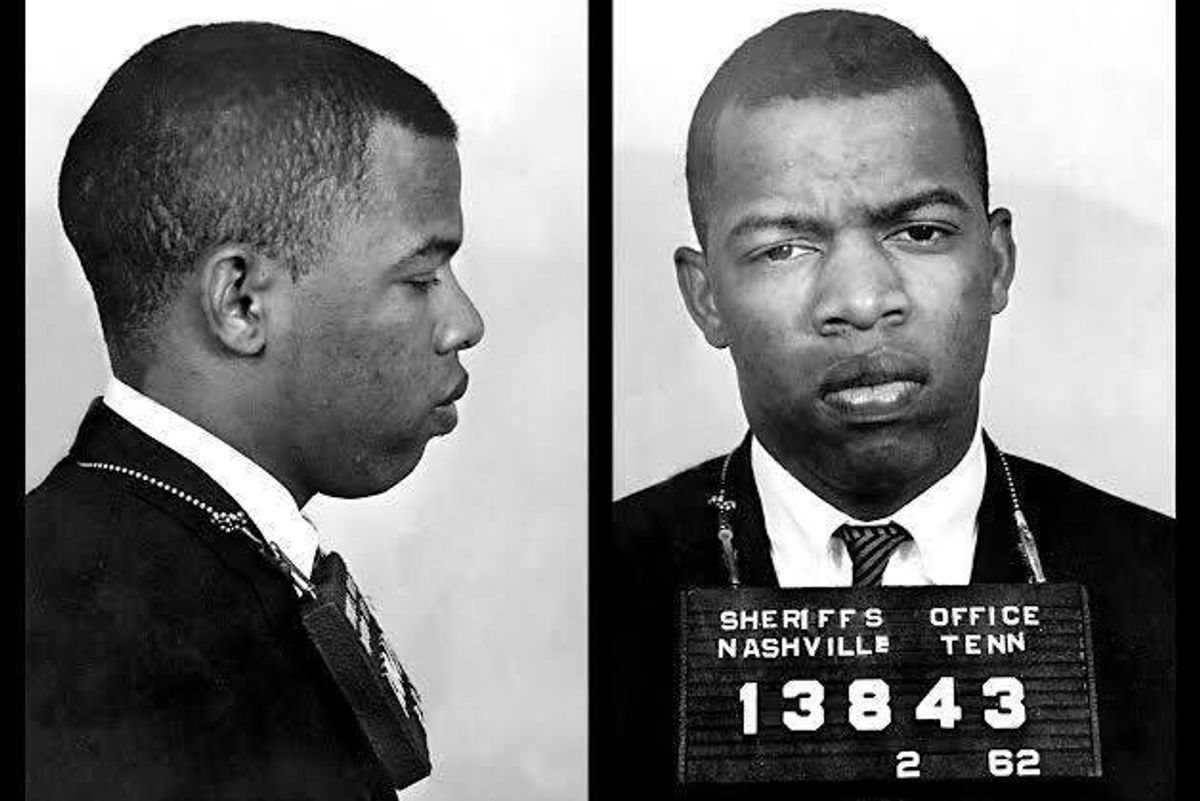 Lewis said in a recent interview with "Meet the Press" he would not be attending Trump's inauguration because he did not see the PEOTUS as a genuine leader and cited allegations that Russians helped sway the elections. This will be the first presidential inauguration he misses since he began serving in Congress three decades ago.

"I don't see this President-elect as a legitimate president," Lewis said. "You cannot be at home with something that you feel that is wrong, is not right."

Congressman John Lewis should spend more time on fixing and helping his district, which is in horrible shape and falling apart (not to......
— Donald J. Trump (@realDonaldTrump) January 14, 2017

Lewis has been critical in representing his Georgia district in Congress as well as leading the charge on important issues. In the 1960s he worked alongside Martin Luther King, Jr. and helped organize the March on Washington. More recently he led the sit-in on the House floor to protest gun laws. This last week alone he testified against the appointment of Jeff Sessions to Attorney General.

Lewis' colleagues were quick to defend the congressman online and speak up about the work he has done.

.@repjohnlewis is a hero and I'm lucky to call him a colleague. You sir are not half the man he is. @realDonaldTrump https://t.co/f7VwPYQNiz
— Brendan Boyle (@RepBrendanBoyle) January 14, 2017

While you avoided the draft, John Lewis risked his life for equality in America. You'll never even dream of such selfless patriotism, Donald https://t.co/gTWwfzkwkH
— Evan McMullin (@Evan_McMullin) January 14, 2017

Lewis is one of a handful of other congressmen and women are also not attending the inauguration in protest of the election results and Trump's history of bigotry. Looks like 3 Doors Down won't even be able to save this event.