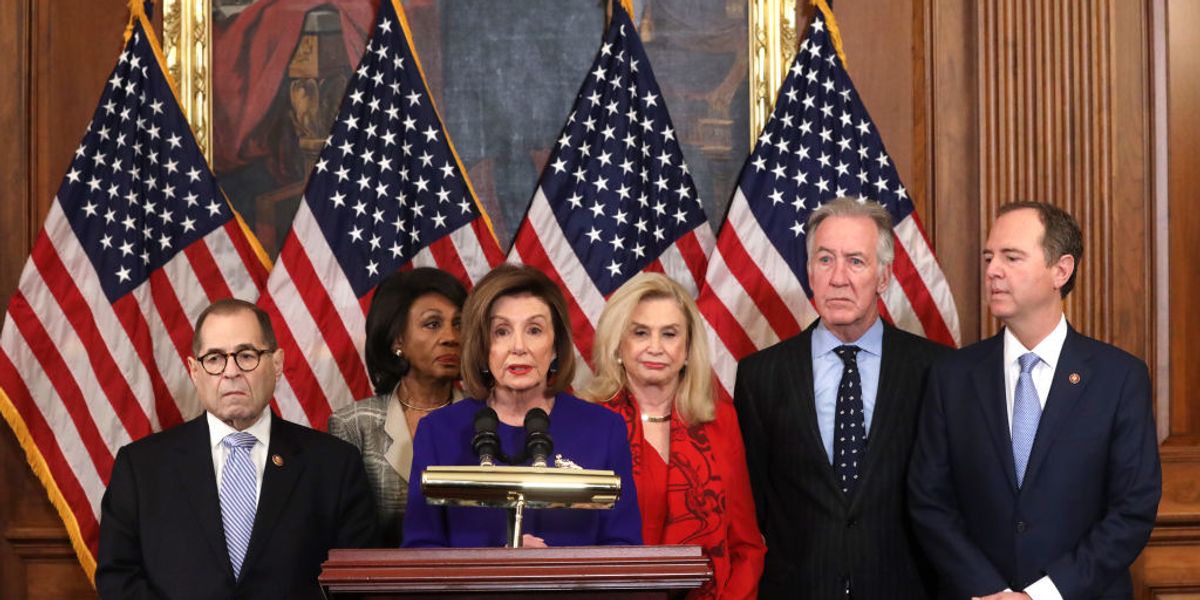 During a press conference this morning, House Democrats announced two articles of impeachment against President Trump, charging him with abuse of power and obstruction of Congress. The third presidential impeachment in United States history is officially in motion.

The charges stem from Trump's putting pressure on Ukraine to announce investigations of his political rivals while the United States withheld aid to the country. The case against Trump was brought forward in a House Judiciary Committee hearing yesterday. Last week, House Speaker Nancy Pelosi announced the plan to bring impeachment charges against Trump, saying that his abuse of power warrants his removal from office. "If we allow a president to be above the law, we do so surely at the peril of our republic," she said.

"Our president holds the ultimate public trust. When he betrays that trust and puts himself before country, he enda… https://t.co/doPZgJXrZc
— CBS News (@CBS News)1575987163.0

The second charge for obstruction of Congress asserts that Trump envisions himself as beyond reproach. "A president who declares himself above accountability, above the American people and above Congress' power of impeachment — which is meant to protect against threats to our democratic institutions — is the President who sees himself as above the law," Judiciary Committee Chair Rep. Jerrold Nadler said.

Trump has repeatedly deemed the investigative process leading up these charges a "witch hunt" and "sheer political madness."

To Impeach a President who has proven through results, including producing perhaps the strongest economy in our cou… https://t.co/is8x53m2YI
— Donald J. Trump (@Donald J. Trump)1575981472.0

News of his Ukraine dealings has catalyzed declining support polls. According to FiveThirtyEight, last week, the President's approval rating stood at 41.6 percent; the next worst at this point of presidency was Barack Obama at 44 percent. Disapproval ratings are even worse: At 53.5 percent, Trump is the only president 1,048 days through a term to surpass 50 percent disapproval. As Bloomberg asserts, this statistic may spell trouble for his planned 2020 re-election campaign, and the Republican party as a whole.

The news of these impeachment charges feels exciting for those of us who desire Trump's swift exit from office. But these charges are only step one of a longer process. First, a legislative body (the House of Representatives) makes charges against a government official. Next, the House Judiciary Committee will vote on the articles this Thursday, and a full House vote is expected to take place next week.

NBC reports that if either of the two articles are passed, Trump would officially become the third US president to face trial in the Senate.