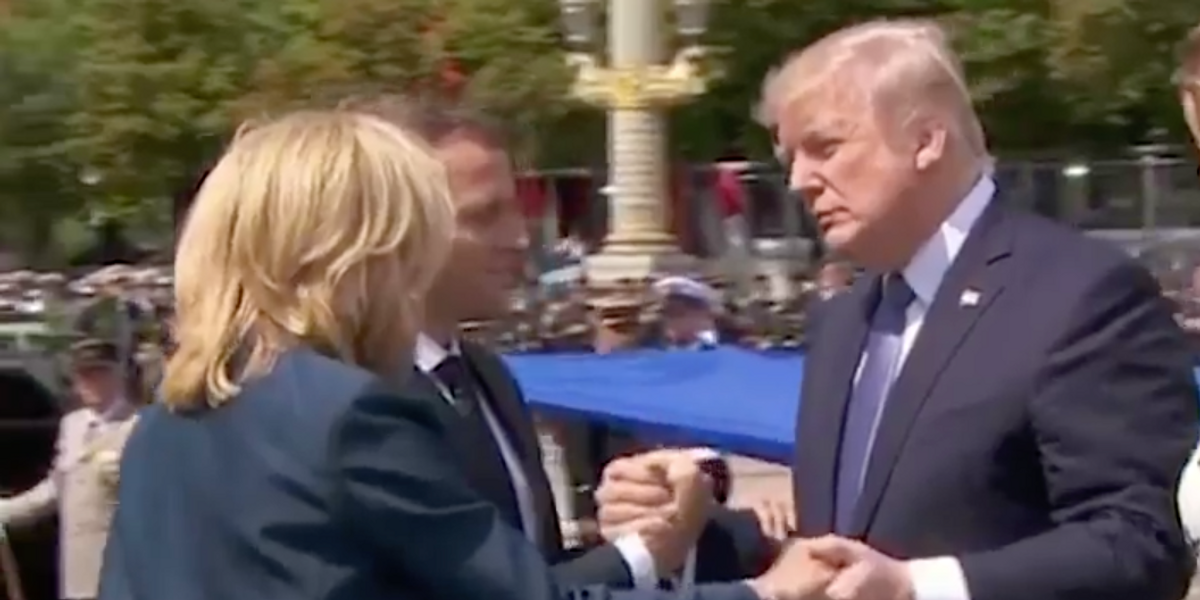 Trump and Macron's Parting Handshake Looked Like a Literal Nightmare

Ever found yourself in a situation where you're desperately trying to escape the clutches of an cartoon villian-esque meglomaniac while the whole world is watching, but just can't seem to break free? I know — everyday, but watching the physical manifestation our daily plight via a handshake between good and evil makes our struggle seem all the more real.

In bidding Macron au revoir, Trump grasped the hand of the young French president and did not let go. Like literally did not let go. Macron almost loses his balance trying to free his hand and then just when you thought it be over, Trump ropes in France's first lady Brigitte into the ol' threeway handshake run-around. Yes, he imprisons the hands of Macron as well as his wife (who he declared yesterday to be in "beautiful shape") in a 'ring around the rosie'-type setting.

There is also something to be said for the way in which Brigitte then captures Melania's hand and then also refuses to let go, despite her obvious discomfort. What are you going to do? The world is just one big power play.