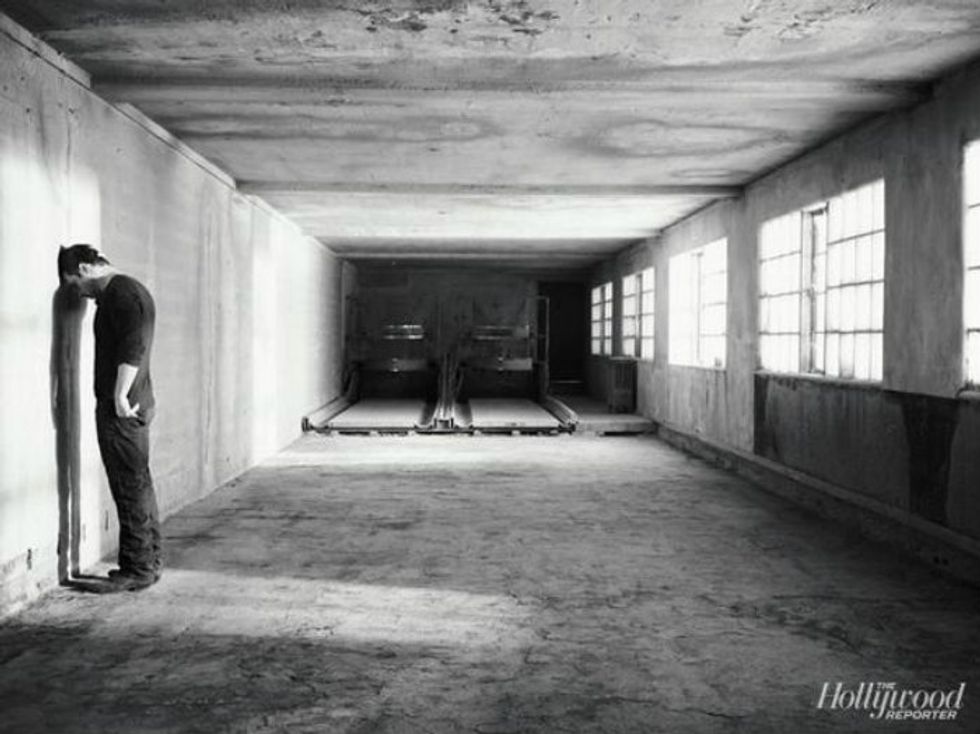 True Detective Brocreator Nic Pizzolatto Has "the Aura of a Bear" -- But Which Bear?

by Eric Thurm
PAPERMAG
(photo via The Hollywood Reporter)
Nic Pizzolatto, the True Detective showrunner, is, among other things, a bit of a shmuck who defensively insults intelligent criticism about the show's treatment of women. But those things would ordinarily just be a reason to harbor mild disdain for Pizzolatto if he were not also treated as some sort of Last Man Standing deity with a "brilliant mind" (including a ridiculous PR "interview" by HBO, bypassing the presence of actual, um, questions).
Enter Rich Cohen's Vanity Fair profile of Pizzolatto, one of the most fawning pieces of writing I've seen in... well... ever. The terms used here to describe a guy who made a TV show with Matthew McConnaughey (including "the writer as crusader, chronicler of love and depravity") should be reserved for, like, war heroes, or at least Susan Sontag. There are highlights from the piece here via Vulture, but the best part is when Cohen claims Pizzolatto has "the aura of a bear or some other species of dangerous animal."
Well, which bear? We went through a few famous fictional bears and tried to understand the ways in which the guy who made True Detective embodied their auras. (For these and other possibilities, check out Flavorwire's list of the best fictional bears.)

Fozzie Bear
This is an easy one -- "waka waka waka" is what all of the True Detective dialogue sounds like if you either listen to it for long enough or are simply uninterested in cliches.
Grumpy Bear
Grumpy Bear pretends to hate happiness, but really all he wants is for people to love him. Why can't you just let other people into your heart Nic Pizzolatto? Why do you have to prove to everyone how "smart" you are all the time? Wipe that storm cloud off your belly and come join the rest of us Care Bears.

Smokey the Bear
Feels compelled to mansplain things to children (and women). Overprotective of a cartoon version of nature. Seems like he would really enjoy walking around without a shirt on. Appears unbidden to voice his opinion.

Yogi Bear
Perpetually hungry -- but instead of for pie, it's for stories that turn women into one-dimensional characters existing solely to make men look more important.
The Coca-Cola Bear
Doofus trying to sell some sickly sweet bullshit.

Update: An intrepid and true detective has alerted us to the secret existence of the Yellow King within Nic Pizzolatto's clouded, mysterious, and deeply edgy aura. Let all bow before him, as he begins his great and terrible reign of destruction.