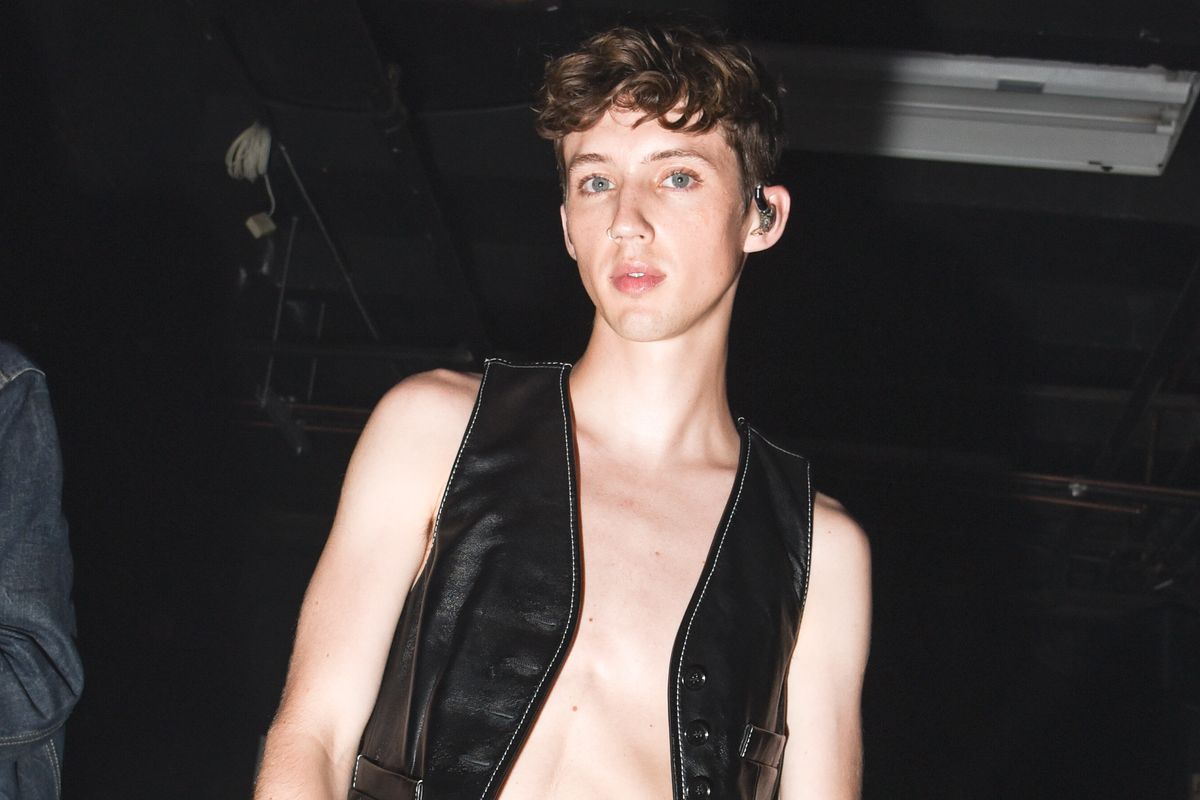 Stop Asking Gay Men If They're Top or Bottom

Last night, a Twitter user brought a recent interview with Troye Sivan to the world's attention, and outrage quickly ensued over the questions asked by the interviewer, Matt Fistonich. Conducted for a New Zealand publication, the line of questioning for the piece isn't hard to follow; in fact, part of the problem is how predictable the conversation ends up being.

I thought about asking the interviewer about his absolute fave sex position after that last question, but then i re… https://t.co/boBB5e9ftl
— troye (@troye)1567023714.0

From wide-open questions about Netflix and Will & Grace, to the interviewer's obsession over whether or not Sivan would bang Shawn Mendes, it's a snoozer of a read. What has most readers up in arms, however, is the interviewer's final question, done in a "quickfire" round of his own accord: "Top or bottom?" Troye replies politely, "Ooo... definitely passing!" and the piece ends abruptly.

To all journalists, past, present, and future: stop asking gay men if they're more "top" or "bottom." Actually, this advice applies regardless of profession — don't prod a gay man about his sex life! Troye handled the situation like a pro, unfortunately because he's probably had to deal with this type of invasiveness before, as many other gay men have.

If you're scratching your head as to why you shouldn't be asking about a gay man's "preferred" sexual position, consider how it might feel as a bystander to watch someone ask — in an interview, in the workplace, or at a party — about the nitty-gritty details of a straight person's most recent intimate encounter. You wouldn't, so why the complete and utter comfortableness when it comes to a gay man's sex life?

Perhaps the questions in Troye's interview leading up to "Top or bottom?" can point us towards some answers. See, the line of questioning is telling; talk of what Instagram "thirst traps" Sivan follows, his attraction to Shawn Mendes, and his "Gayby" dog point to a surface level understanding, on the interviewer's part, of what it means to live life as a gay man. Each point of conversation touches on some hyper-sexualization of Sivan's interests or a stereotypically-contextualized understanding of his lifestyle and family as it stands.

Moral of the story: ask your queer friends, coworkers, and interview subjects more thoughtful questions. I promise you'll find out something much more interesting and insightful by doing so.