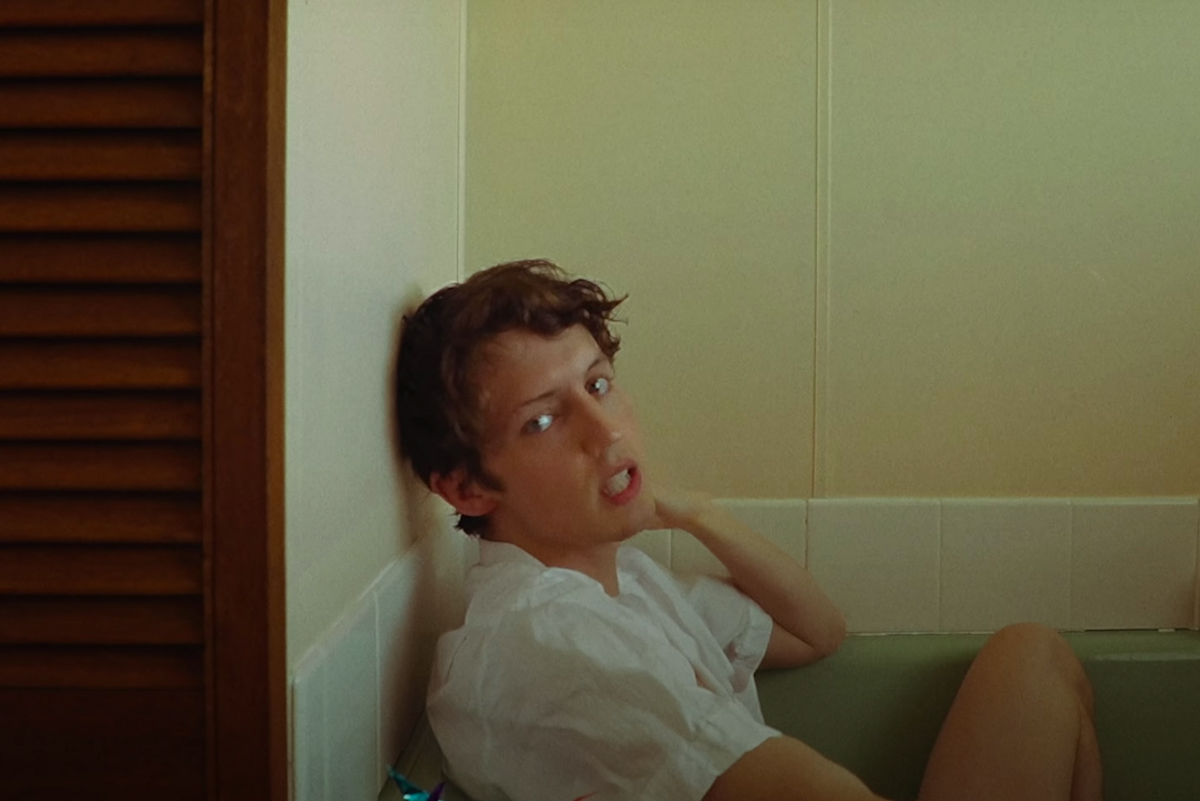 Troye Sivan Wants to 'Fuck Shit Up' on New Single

Following the July announcement of his new EP, IN A DREAM, and the two pre-released tracks, "Take Yourself Home" and "Easy," Troye Sivan has gifted fans with another pre-released track from the EP: "Rager teenager!"

Related | Troye Sivan's Next EP Is an 'Emotional Rollercoaster'

Just 16 days before the EP's release, Sivan's "Rager teenager!" brings a sense of dreamlike nostalgia to listeners. In an Instagram post, Sivan dedicated the song to himself and his desire to celebrate his youth through a more debauched teenage lifestyle.

He paired the song with a simple, self-recorded music video, featuring himself sitting in a bathtub with some isolated special effects on his face and body as he sings, "I just wanna go wild/ I just wanna fuck shit up/ And just ride in your car tonight/ In your bed tonight."

Sivan previously said IN A DREAM is "a story that's still unfolding," adding that "this small collection of songs explores an emotional rollercoaster period in my life when the feelings and thoughts were most shockingly fresh."

Fans can expect the EP's release on Aug. 21, and can pre-order it here. Until the official release, stream "Rager teenager!" while lounging in your bathtub for the vibes.