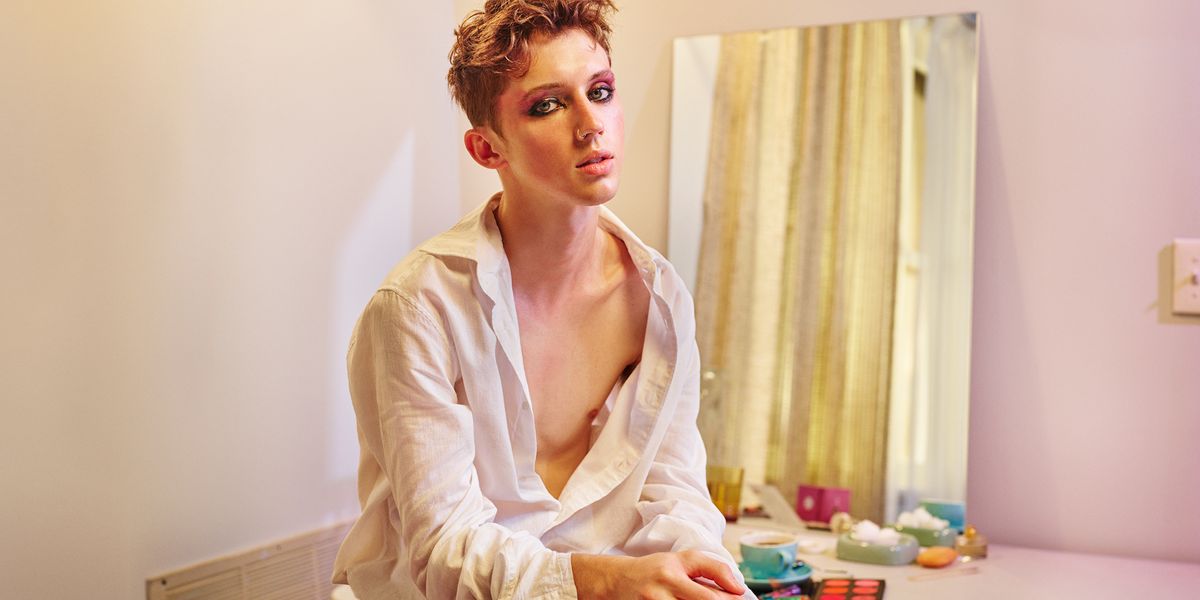 If there's anything other than music that Troye Sivan is known for, it's his remarkable ability to always be candid and vulnerable. So it only makes sense that he'd join the likes of Indya Moore, Shawn Mendes, and Billie Eilish for Calvin Klein's new truth #MyTruth campaign for Calvin Klein.

In addition to a striking set of photos, the fashion house has also released two accompanying short films about Sivan by director Jonas Lindstroem. In the first video, he can be seen crowdsurfing and floating amidst a huge crowd as "Bloom" plays in the background and, ever the charmer, it obviously ends with Sivan looking slyly into the camera and saying, "I'm a lucky diva."

However, in the second video, the stripped down pop star gets a little more personal as he meanders around a misty, suburban neighborhood, reflecting on his journey to becoming the person he is today. "I am still him in a lot of ways — the scrawny, gay kid," Sivan begins before admitting that he still needs to "convince myself that I'm deserving of being the person I always wanted to be."

"Even now as a grown up, I still have to fake that confidence sometimes," he concludes. "I speak my truth in my Calvins."