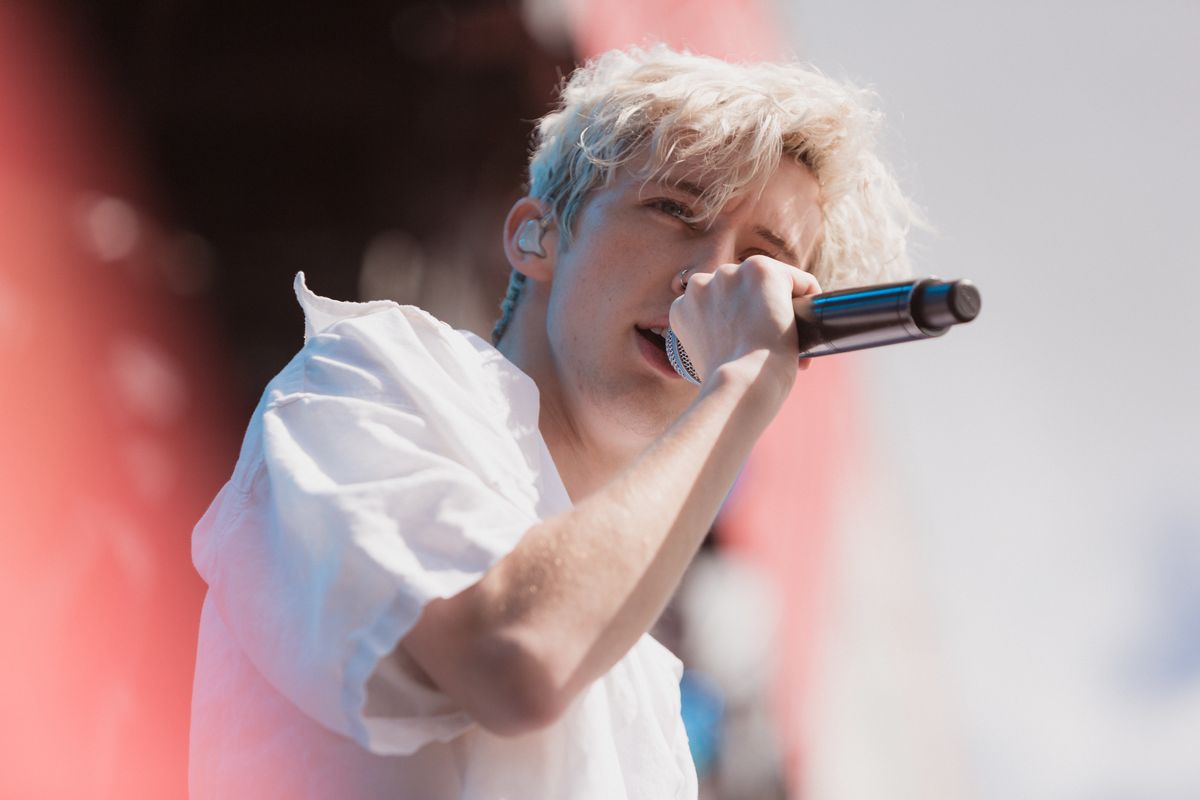 Last night, Troye Sivan performed at Radio City Music Hall. The show was as spectacular as the venue demands: Sivan was flanked by openers Leland — his "My My My!" co-writer — and Kim Petras, and he and Charli XCX took the stage for the first-ever live performance of their new single, "1999." Sivan also debuted the track he wrote for upcoming gay conversion therapy drama Boy Erased, called "Revelation."

But the surprises weren't limited to the music. At one point, Sivan invited a fan, Judah, onstage. Judah told the pop star that he was there with his boyfriend, Daniel, who Sivan also invited onstage. The boys wore matching kippahs; Sivan told the crowd that they're "Jewish like me, which I like!" He added that they weren't onstage by chance — Daniel had emailed Sivan in advance to organize a proposal. And then the couple got engaged!

We would like to join Sivan in wishing them a hearty mazel tov.