This week, Troye Sivan's Bloom Tour stopped through Radio City Music Hall in NYC, bringing the sold-out crowd a show of nonstop queer bops, a gay, Jewish engagement, unreleased music, and an unexpected guest. Leland, who co-penned "My! My! My!," opened the show, followed by rising princess of pop Kim Petras, who performed material off her new Halloween mixtape for the first time ever. Charli XCX, wearing head-to-toe slime green, surprised fans to sing her new Sivan duet, "1999," which now has a nostalgic music video to match. Building anticipating for his upcoming film Boy Erased, out November 2, Sivan premiered "Revelation," the gorgeous original song that appears in the film's trailer. Go backstage with all the Bloom stars, below. 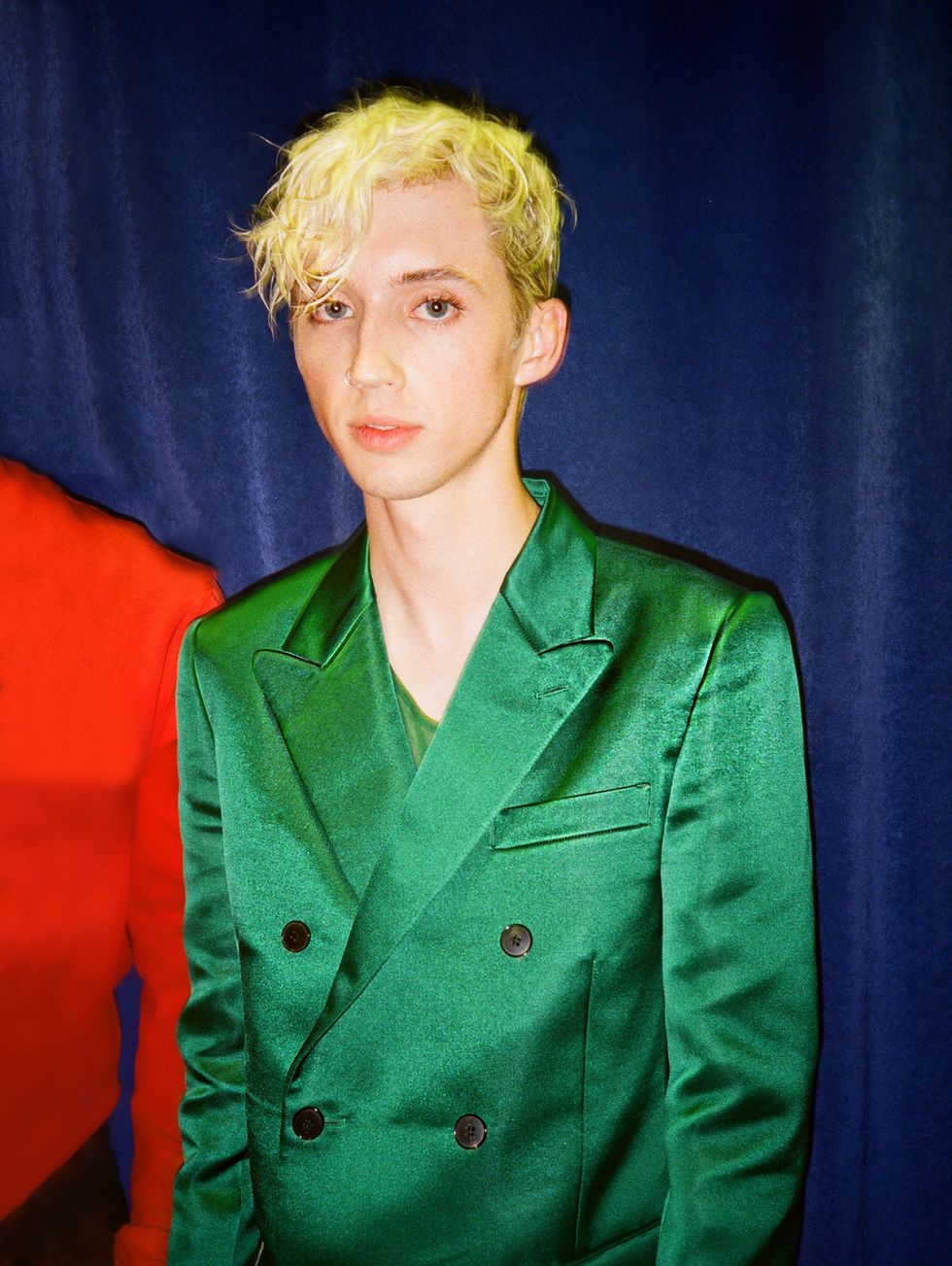 We Need to Talk About Troye Sivan's Tour Outfits