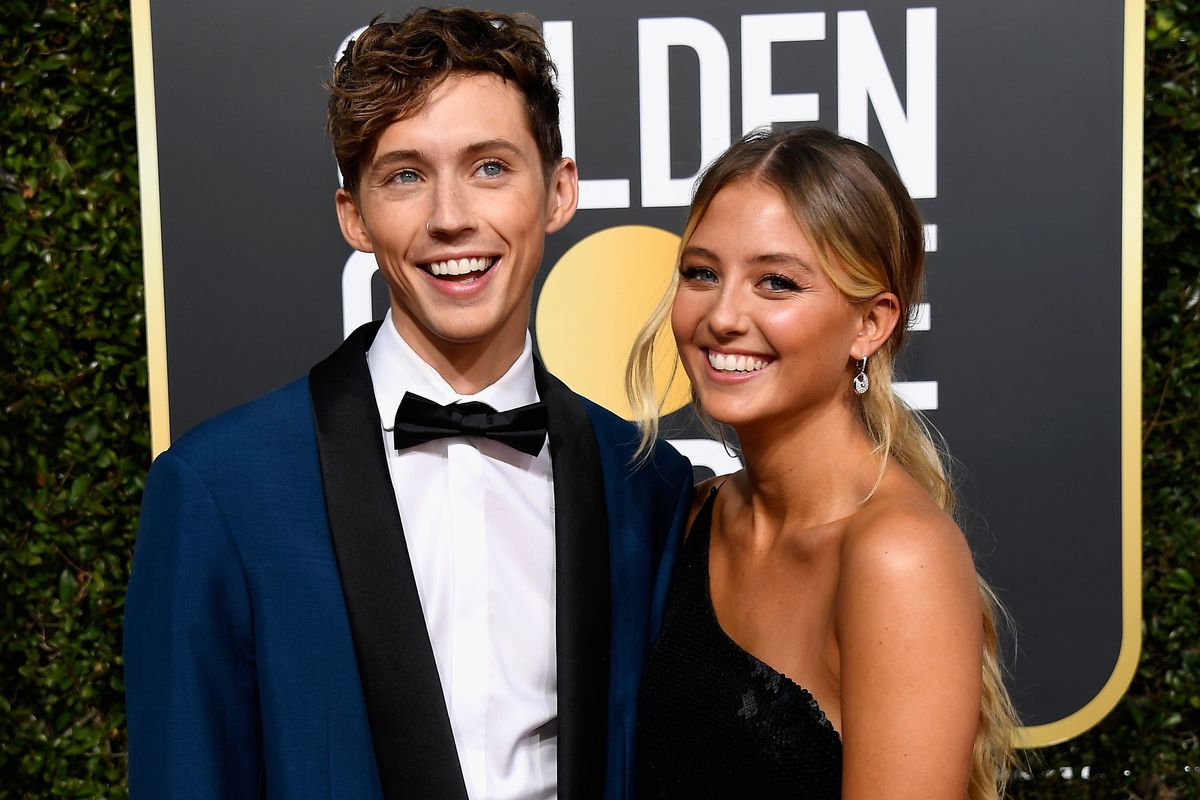 More Celebrities Should Bring Their Siblings to Award Shows

All celebrities should bring family members, rather than partners or fellow famous people, to awards shows. This should be a rule! For an example of a perfect platonic date dynamic in action look no further than Troye Sivan and his sister Sage Mellet, who attended the Golden Globes on Sunday night and even filmed a getting ready video for Vogue together.

The Vogue video, uploaded this morning, shows Troye and Sage preparing for their big night — Sivan's Boy Erased track "Revelation" was nominated for Best Original Song, losing out to "Shallow" — in a fancy hotel room. At one point a bouquet of flowers arrives, and it may or not be from Timothée Chalamet, who Sage understandably expresses her excitement about meeting.

Other highlights include Troye coaching his sister on how to work the red carpet ("You've got to just be confident no matter what, put your shoulders back") and complimenting her Calvin Klein dress. (Which he actually tried on the next day, according to Instagram. It looked great on both of them).

Paper Magazine on Instagram: “In the wise words of Britney Spears, “you better work bitch.””

He also said that as kids he and Sage would watch awards shows on TV and dream of going. My heart.

The family member trend is catching on: Sandra Oh, who co-hosted the ceremony with Andy Samberg, brought along her proud parents. The camera kept cutting to them looking overwhelmed but excited in the audience. And Chalamet brought his mom. More of this!