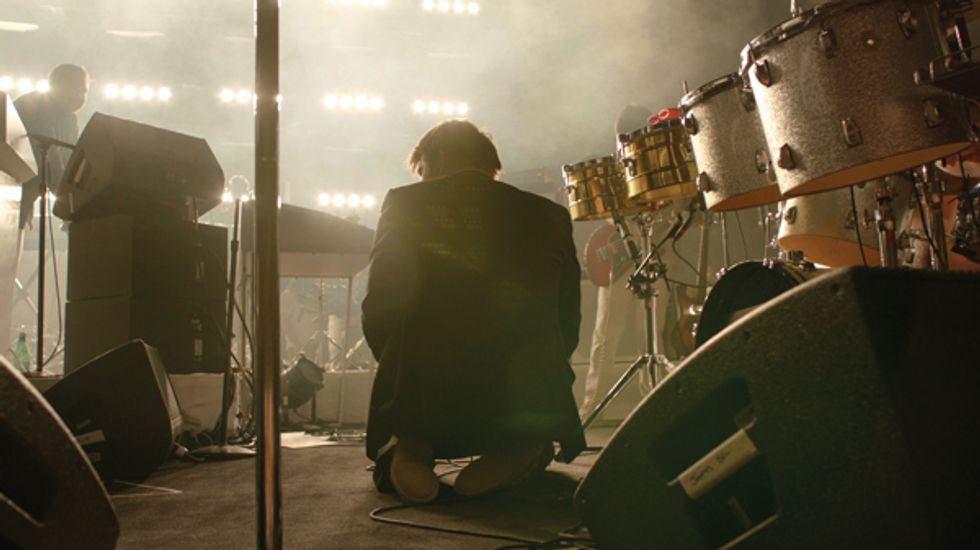 PAPERMAG
Beloved indie dance group LCD Soundsystem definitively broke up in 2011 after three albums with a series of shows at Madison Square Garden chronicled in both the live album The Long Goodbye and the documentary Shut Up and Play the Hits, which focuses on the ending of the group and how that affects frontman James Murphy (spoiler alert: he gets really into public transit). Now, Consequence of Sound is reporting that, like nearly every other band anyone has ever liked with irrational fervor, LCD Soundsystem is getting back together for some festival shows.
This wouldn't be that surprising -- this kind of thing happens all the time -- except that it's been denied pretty vehemently by the label (and also, Murphy has a ton of other stuff going on, what with his wine bar and his attempt to change the New York subway and whatever else).

hey idiots, LCD soundsystem isn't reuniting. they're dead, along with your good looks and cultural relevance.