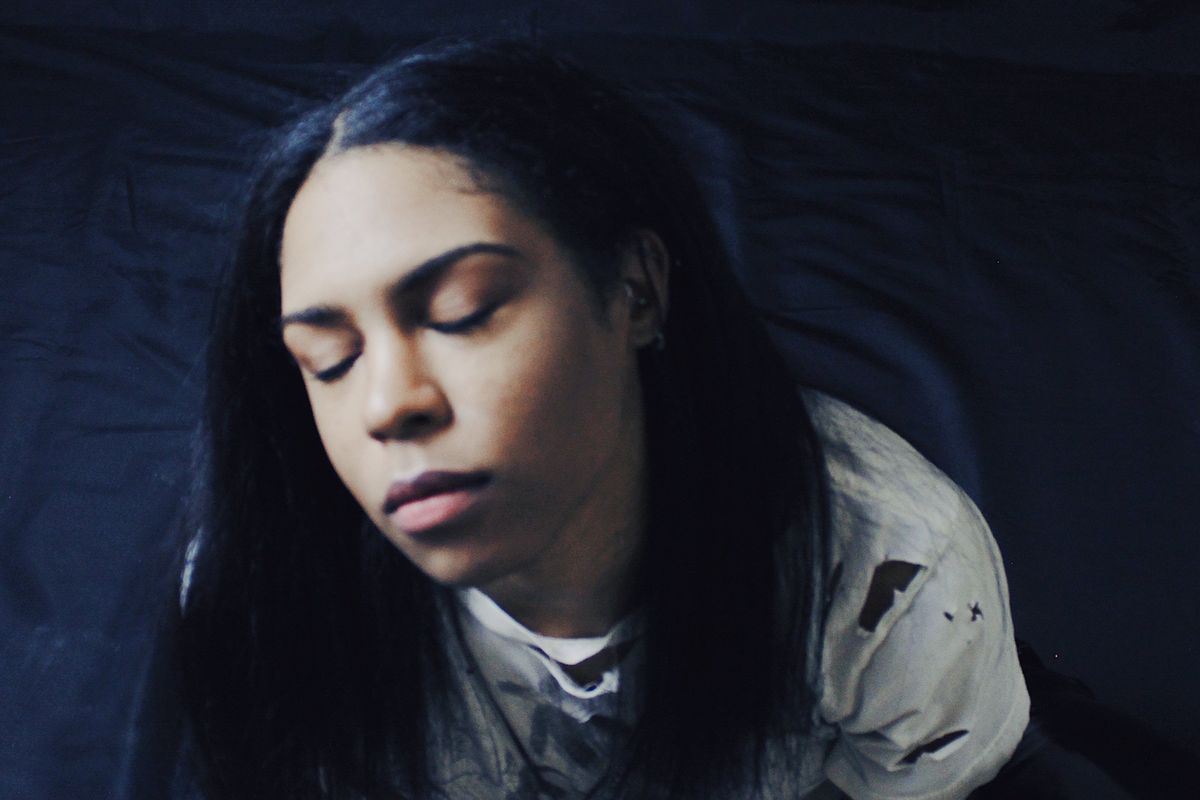 Troi Irons is no stranger to baring it all emotionally. Her latest music video for "miss u now." showcases a playful, spirited Troi in quarantine singing about growing above and beyond someone from her past while picking petals from a sunflower. In Troi's newest track, "Thorns," she takes a darker approach to reconciling with her growth, this time facing repressed pain from her mind head-on.

While the song demonstrates her battle, Troi is cementing her place on the front lines in the fight for her growth as an artist and a human being. Troi is premiering her latest single, "Thorns," today on PAPER.

Lyrically, the message is clear: Troi is confronting her inner demons. The pre-chorus, in which Troi sings, "My mind's a plague/ Oh I don't look sick now/ But don't get close to me," seems to put into words the invisible struggle that comes with the battle for better mental health and coping with internal pain.

In the journey to define her own femininity and embrace vulnerability in her music and her words, Troi is coming out on top. Listen to the official audio for "Thorns," below.

PAPER connected with Troi to discuss the emotions that influenced the vulnerable single, creating music independently and the role that "Thorns" plays in the narrative of her forthcoming album, flowers, out Sept. 25.

How are you doing? How have you been navigating quarantine?

I'm trying to knock my mind out of "doing," actually. The first six months of quarantine were great because I had 13 songs to produce out, an album cover to self-shoot, two videos to create entirely on my own. So the world stopped and the seas parted and I got to work. It was a brilliant distraction. Now that it's finished, I feel a great anxiety attack and realization-of-loneliness coming on. TL;DR: I just started navigating, I'm lost.

The visual for "miss u now." was created "quarantine style" and dropped two months ago. What is it like releasing work during the pandemic?

I was already pretty in-house with my art but the pandemic really put the stake in the grave. My plan for "miss u now." went from just me directing the visual to me actually driving 16 hours to rent camera equipment, setting up the equipment in my living room, and learning how to use everything day-of. Similar story with the album cover. I was going to collaborate with this German analog photographer but he stopped responding. In LA, that's a polite and common way of saying "fuck off." So I shot the album cover myself on a vintage medium format camera and the photographer came back super offended that I didn't reach out to him first. I've been learning a lot of new things during the pandemic. I guess I just really miss unpredictability in the work. Colors. I can't wait for the colors to come back.

You grew up in a strict, religious household, so defining femininity and finding Christianity again is a big part of your journey. How has that informed your art?

My spiritual life is what drives me to constantly dive deeper, find more truth. The art is my means to share what I find. My upbringing and the things I'm dealing with right now, I like to describe it as a bunch of demons packed in a tight Parisian club and they're dancing together and procreating and I'm running around with a ruler shouting "leave room for Jesus!" I'm joking, it's probably not that bad. But it certainly is confusing when there are so many different storylines and scars to be undone.

Zooming in more specifically to "Thorns," how would you describe the "making of" process? Was it created for the album?

"Thorns" was actually a last-minute add and was voted onto the album by members of my Patreon who heard the rough draft. I was in the middle of finishing production on another part of the album and suddenly this chorus came to me with lyrics and music. I scrambled to finish the rest before the light left. Oddly enough, "Thorns" turned out to be the song that pulled the whole narrative together.

It's no secret that, lyrically, "Thorns" sounds like a deeply personal track. What kind of emotions and experiences did you need to tap into to create this song?

The emotion is cognitive dissonance. What I learned growing up and the way I feel now, they don't sync up. When two things inside you don't mix, it's like two songs playing in different keys very loudly at the same time. And you're not sure which song to listen to. And you can't seem to turn either of them off.

One of the last tracks listeners heard from you, as mentioned earlier, is "miss u now.," which seems to break into the emotions of growing out of and apart from someone from your past. "Thorns," though, seems to dive more into a battle with inner demons and mental health. What has the experience been like showing your fans such a dynamic view of who you are with your music?

Maybe some people find it hard to show people who they are, [but] I kind of need to show people who I am so I can progress to the next thing. Inner work and spiritual growth is my number one priority in life and I don't really have anyone to share it with so I put it in the music. Then I move on.

You wrote and produced this single. What makes creating music independently so important to you as an artist?

A big part of my in-house approach is that I have a specific and clear story I want to tell. It's easier to maintain the purity of the narrative if I'm the only hand on the track. But another side of it is that I'm a Black woman — we get the shit end a lot of the time. When I was a part of the industry, I would play all the instruments on a track and write the lyrics and some white guy would add a kick and suddenly he's the producer and owns the master and the rights to the song. That's ridiculous.

What role does "Thorns" play in the narrative of your upcoming album, flowers?

"Thorns" hits in the middle of the album and it's the first time I really admit I'm in pain. The cycle is pain > repress > drown self in work > pop head out > pain. I think that's a pretty universal cycle, at least in the states. This cycle is the narrative of the album and I'm trying to change the narrative by admitting and dealing with all of my feelings. It hurts to feel things, that's why so many people are dicks; that's easy, it takes no strength at all. It takes strength to redefine femininity to include myself and strength to admit vulnerability. It takes strength to reclaim your truth. But here I am trying.