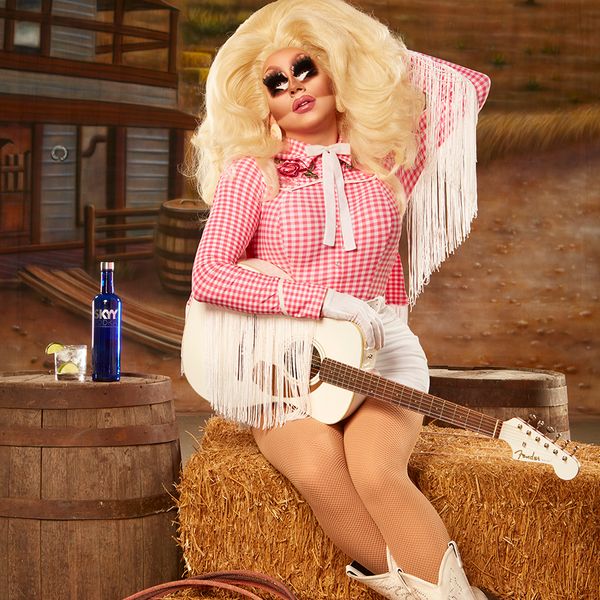 Born in San Francisco, the gay capital of the United States, SKYY Vodka has been a vocal supporter of LGBTQ+ rights since its launch in 1992 and has always sought to find inventive ways to champion the queer community. Over the years, SKYY has strived to go beyond standard corporate allyship from campaigning for anti-discrimination legislation designed to protect transgender and gender-nonconforming individuals to partnering up with Amazon Prime's groundbreaking Emmy award-winning show, Transparent. In 2014, SKYY joined forces with Freedom to Marry on a "Toast to Marriage" initiative advocating for marriage equality across the country ahead of the historic Supreme Court decision a year later. The project saw them attempt to break the world record for the largest arm-linked toast as well as social media campaigns and live events. SKYY also knows a thing or two about throwing a good party, which has led them to sponsor Pride celebrations across the country in places like New Jersey, Austin and Palm Springs; this year they'll be an official partner of World Pride in New York City.

"SKYY Vodka has made the fight for LGBTQ+ rights a proud pillar of the company's history."

Now, SKYY is looking to redefine what it means to be 'Proudly American.' In a political climate that seems increasingly bent on dividing us through our differences and rolling back our hard-earned rights, SKYY is looking to reclaim the phrase in favor of a more inclusive future. Coming from the radical notion that diversity drives progress, they have dared to envision a new, queerer patriotism that is just as quintessentially American as country music and apple pie.

As a part of the campaign, SKYY has teamed up with notable LGBTQ+ icons that have time and time again proven their own bravery by standing up for what they believe and daring to be different. They've recently enlisted the aid of drag superstar, Trixie Mattel, to reimagine what it means to belong to the "Home of the Brave." The winner of RuPaul's Drag Race: All-Stars has always proudly stood out from the crowd. Whether it was through her unconventional makeup or her charming take on folk music, Mattel has always done things uncompromisingly on her own terms.

"When I got my start, it took an act of bravery to get me out of my small town to pursue my dreams," Mattel says in one of the several campaign spots you can find on Youtube. "Nobody told me a drag queen could sing country music or appear on television. When you stay true to yourself – and are the only act for 500 miles around – people start to pay attention."

As we approach the 50th anniversary of the Stonewall riots this June, SKYY and Trixie Mattel look to lead by example in embracing their American heritage as something all of us can be proud of.