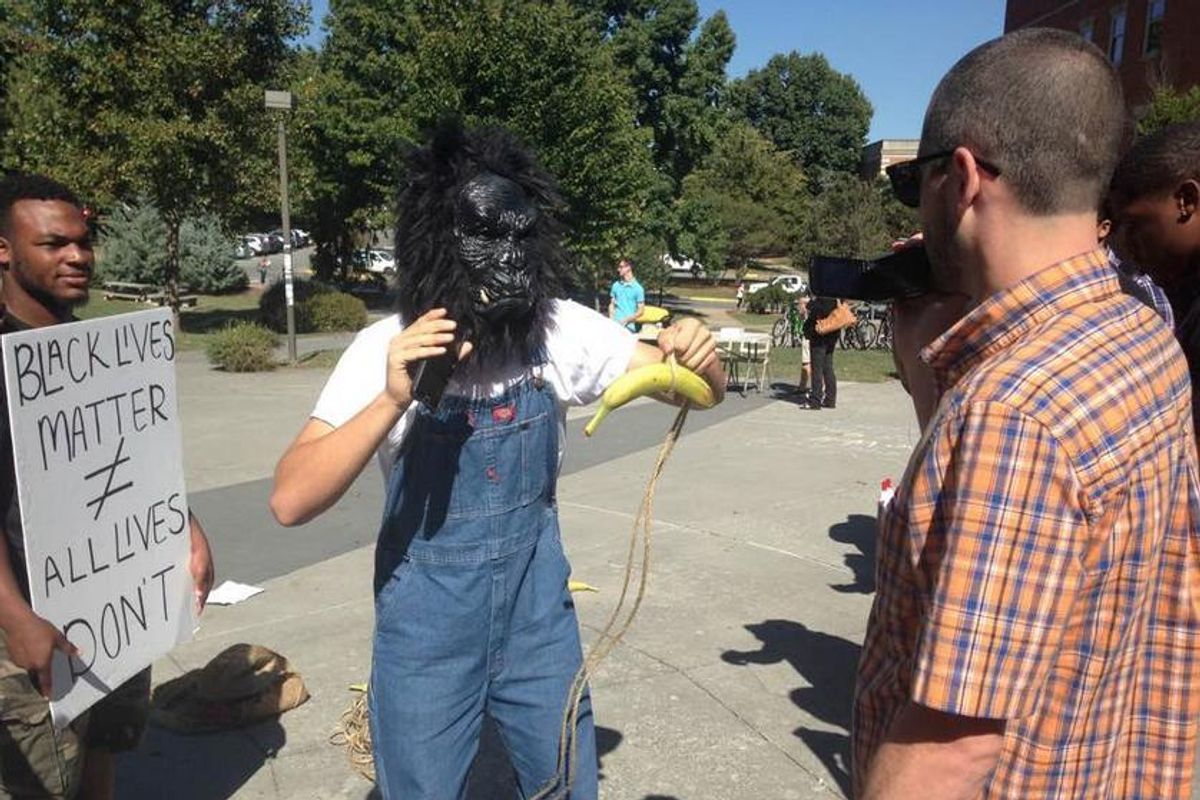 The student, named Tristan Rettke (TRISTAN!!!!!), is a freshman at the university, and along with the mask, was dressed in overalls, barefoot, and carried a burlap sack painted with a Confederate flag and a weed leaf.

It was all topped off with a few bananas wrapped in nooses.

The students he attempted to "intimidate" posted footage of him to social media, commenting on his infuriating behavior; Rettke told students he wore the mask because he "identifies as a gorilla." In one video, the student narrating the hypocrisy of the situation states:

I'm supposed to just look at this, though. The police are standing right there, and if I punched him in his head, I'd go to prison. He can come out here and flaunt this in my face. I'm glad this happened, so I can show you an example of what it's really like.

Watch the video below:

BLM protesters harassed by a white guy in a gorrilla mask w/ bananas, rope, and a confederate flag bag. Y'all mad at dude taking a knee tho pic.twitter.com/Zy5NxpiXv7
— Julie (@home_skilletb) September 28, 2016

After being removed from the premises by public safety officers, Rettke told them the act was an "attempt to provoke the protestors." No shit.

ETSU President Brian Noland expressed the school's horror over this occurrence, while praising the students participating in the event.

We are exceptionally proud of the students who were peacefully participating in the event and the manner in which they exercised restraint, thoughtfulness and strength in the face of inappropriate and offensive behavior.

Sophomore Jaelyn Grimes, who was part of the protest, commended her fellow students' resolve during Rettke's loathsome act:

Of course, it's hard to stay calm because they're doing it because they know they can get under your skin. You've just got to have thicker skin and be the bigger person and just show that ignorance is not going to override your ability to be calm.