Trina Gets a New Look Courtesy Of Stylist June Ambrose 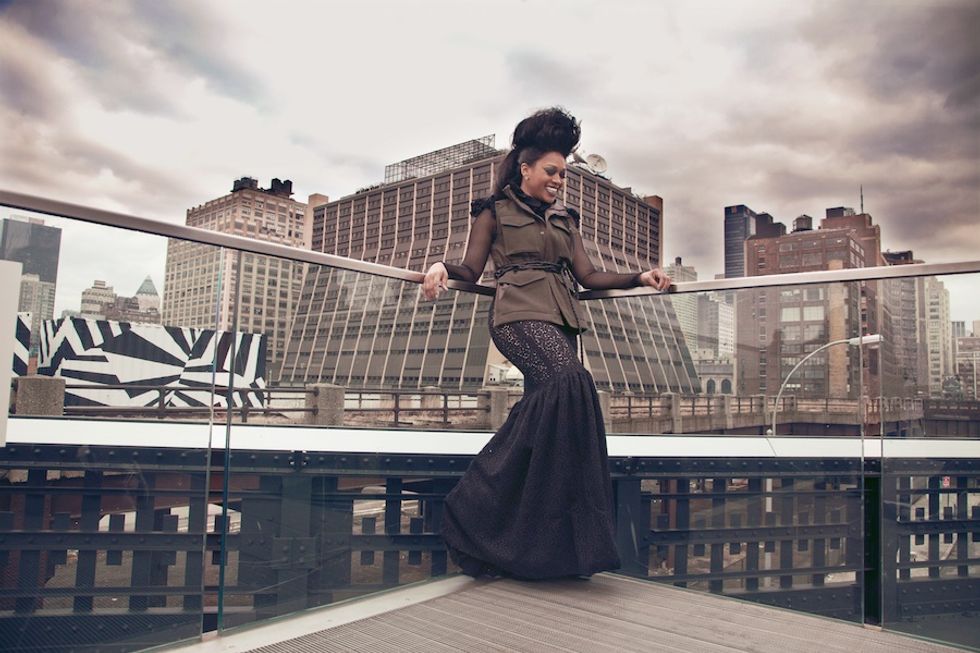 If you've spied superstar celeb stylist June Ambrose being trailed by a camera crew this Fashion Week, that's because Ambrose is currently filming her new show Styled by June for VH1. The premise of the show is this: celebrities whose style could use a little... makeover, come to June. June works her magic. Fabulousness ensues.

One such style-stunted star who appears on the show is Trina, aka "Da Baddest Bitch" in hip hop. Known for wearing skin-baring leather halter tops and thigh-high boots for the better part of a decade, the "Pull Over My Ass is Too Fat," rapper was in the market for a more high-fashion look to celebrate her new electro-pop sound on her upcoming album. Here's a sneak peek at Trina's new rocker-chic style, which will be put to the test when she performs her new single "Outerspace," on the show in March. Below, we asked the Miami-based MC about performing in her new covered-up style, working with the fabulous Miss June and her fellow "5 Star Bitch" Nicki Minaj's controversial Grammy performance.

Was it hard to trust June with your style?

As an artist, sometimes you're afraid to take risks because you want to keep control of your image, but I felt very comfortable with June and I got to a place where I felt like she knew exactly what she wanted and she just saw this style and the style matched the song and we just went for it. I was really amazed and I've decided to incorporate some of the look she created for me into my future project and look. I just love the edge of it. I mean, I'm used to being edgy ,but she just took it over the top. It was my first time wearing a mohawk. I was a little weirded out by it and I don't know if I could rock a mohawk everyday, but it was so fun. I wouldn't mind trying it again.

I know you're used to showing off some serious skin when you perform. Was it hard to get used to wearing more clothes?

I honestly have never performed in that many layers before, so I was thinking, "Do not trip over this skirt, do not fall." When we rehearsed the night before at the rehearsal hall I had no idea what the outfit was going to be and then when I saw it I was like, "uh, June, am I going to be able to perform in all of this?" But it worked out perfectly. It's really all about the wardrobe -- it takes you into that element, kicking in your alter ego and makes you go out and bring out the best in you. I've definitely had some great wardrobe performances and I've had some wardrobe malfunctions...

Really? What's the most embarrassing wardrobe malfunction you've had?

It was just this past July in Tampa at this gigantic radio show with a bunch of artists and I get on stage and I was wearing this one-piece catsuit. As soon as I got on stage the top completely fell down and I couldn't get it to stay up, so I'm standing there trying to hold it up with one hand and perform with the other. I wanted to cry, but I was just thinking, "This is so many people, I cannot let them down." so during a dance break I went to the side of the stage and there were these promotional T-shirts and I thought this is going to totally destroy my outfit but I cannot give up on my show, so I put the T-shirt on over the outfit and just rocked it out. I know the pictures were horrible but the performance was amazing.

What made you decide that it was time for a new look?

I've done five albums with so many different looks and I just think that this time with the music and the sound -- it's a lot of Euro, it's a lot of techno, it's a lot of house and dance and I think that the look has brought out a different phase in me. After five albums, you go into the studio and you think, "What am I going to cook up next?" It's easy to do a sexy record, it's easy to do a raw explicit record, it's easy to do a pretty love ballad but I just wanted to try something different. I love dance music, I love techno, I love that and I'm in these different spots and I'm performing and everything is like fist pumping and so it just gets you crazy and erotic and wild.

Speaking of new looks, Nicki Minaj sure shook it up at the Grammys. What did you think of it?
You know, you look at an artist and you think, "What are they going to do next?" and I know for Nicki that performance was a whole other phase, another step. It took a lot of thought for her to go in a totally different direction and it so surpassed anything she's ever done. I was really amazed and thought, "Wow." I love when people dare to be different and dare to try something that's not expected. If you get the chance to do that I think you should go as far as you can go. And she went there. 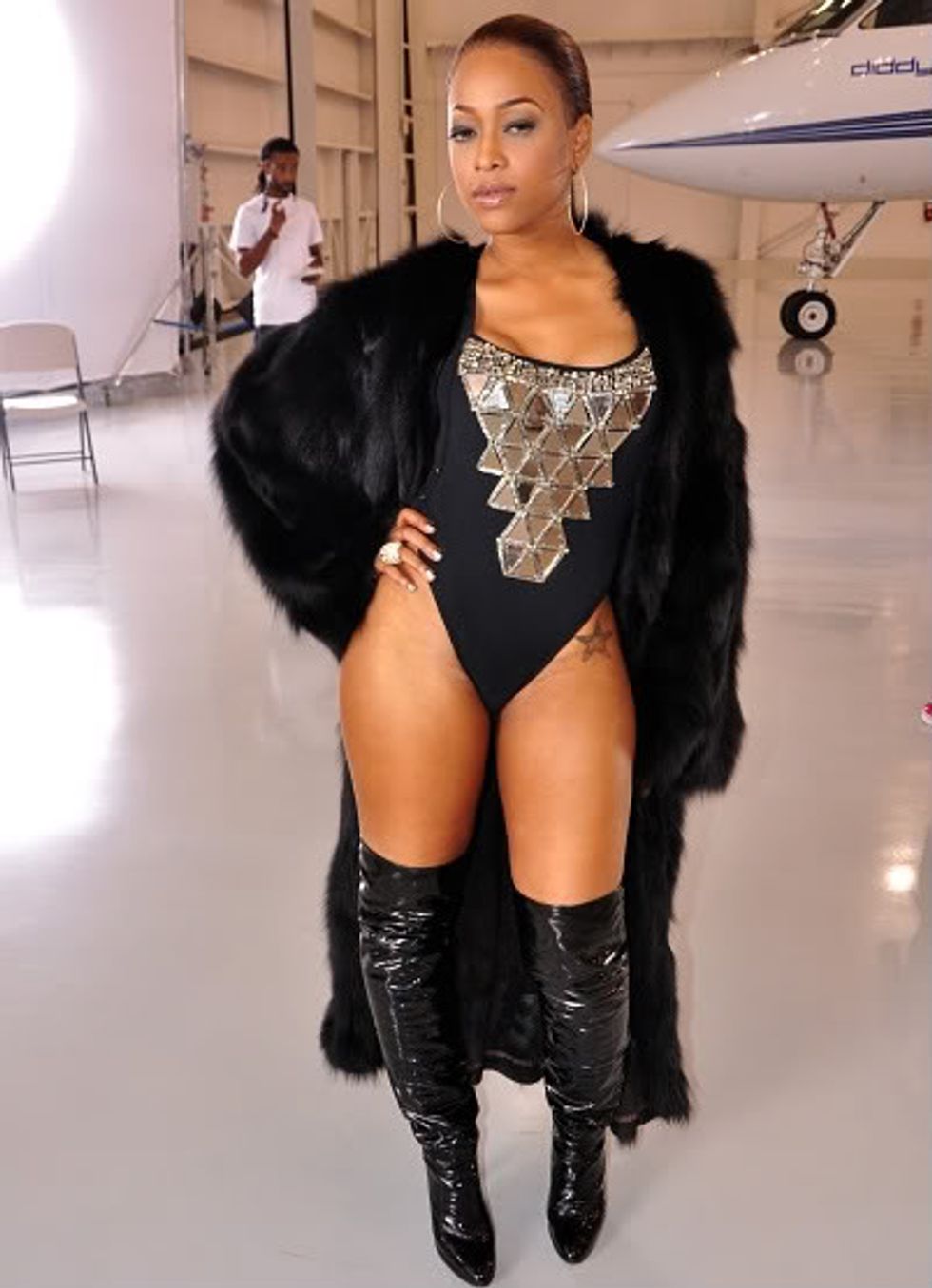 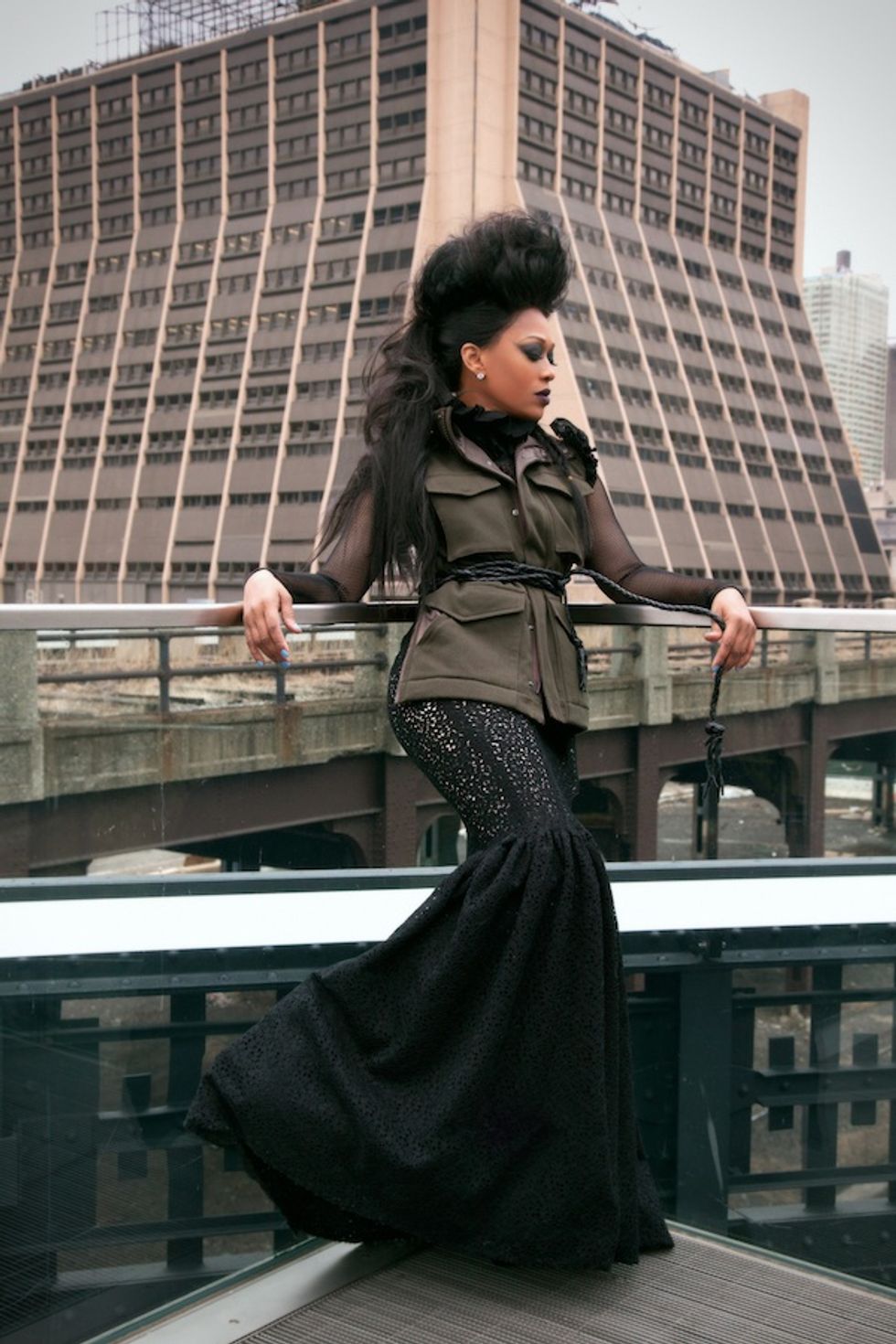 Trina, before and after.

Decade of the Barb: 10 Years of Nicki Minaj