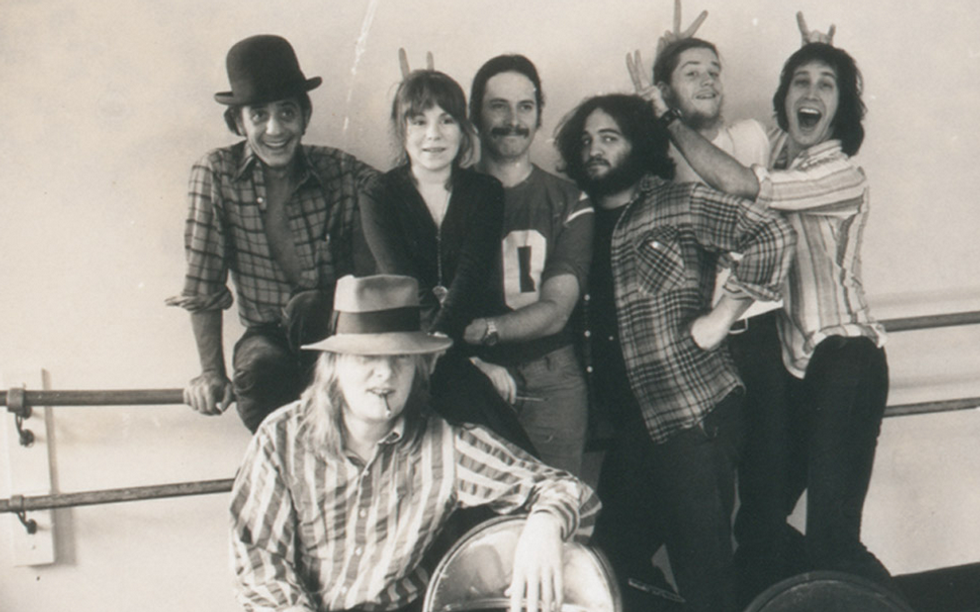 by Dennis Dermody
PAPERMAG
There's a kind of brain freeze that goes with trying to catch up with all the narrative and documentary films at this year's Tribeca Film Festival. And closing with the 25th anniversary of Martin Scorsese's great Goodfellas is the icing on the cake. But here are four I've seen and can vouch for I have seen and one and I'm dying to watch.

Grandma
Lily Tomlin is sublime as the cantankerous poet Elle Reid, just breaking up with her girlfriend of four months only to have her granddaughter Sage (Julia Garner) appear at her door needing money for an abortion. Having just cut up her credit cards, Elle and Sage head out on a road trip in a broken down car trying to hunt down the cash in this touching and bittersweet comedy by Paul Weitz (About A Boy). Tomlin plays this character with acerbic glee and great tenderness.

The Wolfpack
It's doubtful you'll see a better documentary this year than this sensational film by Crystal Moselle about the Angulo family, living on the Lower East side, whose tyrannical father has banned his 7 kids (6 boys and 1 young daughter) from leaving their apartment. So the siblings form their own magical world created from movies they love (particularly Quentin Tarantino films), even reenacting what they have seen with homemade props and costumes. One by one the boys begin to rebel to step beyond the locked front door and enter the outside world. The image of them with their long black hair, suits and sunglasses marching down the streets is fabulous.

Slow West
Kodi Smit-McPhee plays Jay, a 16 yr. old Scottish stargazer and dreamer, traveling alone on horse through ye old American frontier searching for his love Rose (Caren Pistorius). Luckily he meets a seasoned ex-bounty hunter Silas (Michael Fassbender) who agrees to accompany the innocent Jay across the dangerous terrain where they run into an oddball assortment of lawless characters. Unfortunately there's a bounty on Rose's head and groups of killers are following Jay hoping he will lead them to her. Director John Maclean's film is made with wonderful economy and wry dark humor, and visually looks great. A real treat.

Drunk Stoned Brilliant Dead: The Story Of The National Lampoon
I'm dying to see this film by Douglas Tirola about the groundbreaking, rude, shocking, hilarious comic magazine from the 1970s. It's hard to envision in todays oh-so-politically correct world that a magazine such as this that fearlessly skewered everything about politics, race, and sex with such anarchistic abandon would ever survive. In this film it's one outrageous cover photo that shut the magazine down for good. But boy do we need minds like the ones behind this magazine today.

The Overnight
A hilariously offbeat comedy by Patrick Brice, the movie centers on a transplanted family -- Alex (Adam Scott), Emily (Taylor Schilling) and their son RJ (RJ Hermes) -- just moved from Seattle to L.A., who meet another married couple at the local park when their two sons begin to play. Kurt (Jason Schwartzman) and his sexy wife Charlotte (Judith Godreche) ask them over for pizza that night and later, after much wine and pot, things get exceedingly weird and sexually kinky. There's a funky, shambling beauty to the humor as the night gets curiouser and curiouser.
You May Also Like
Famous People