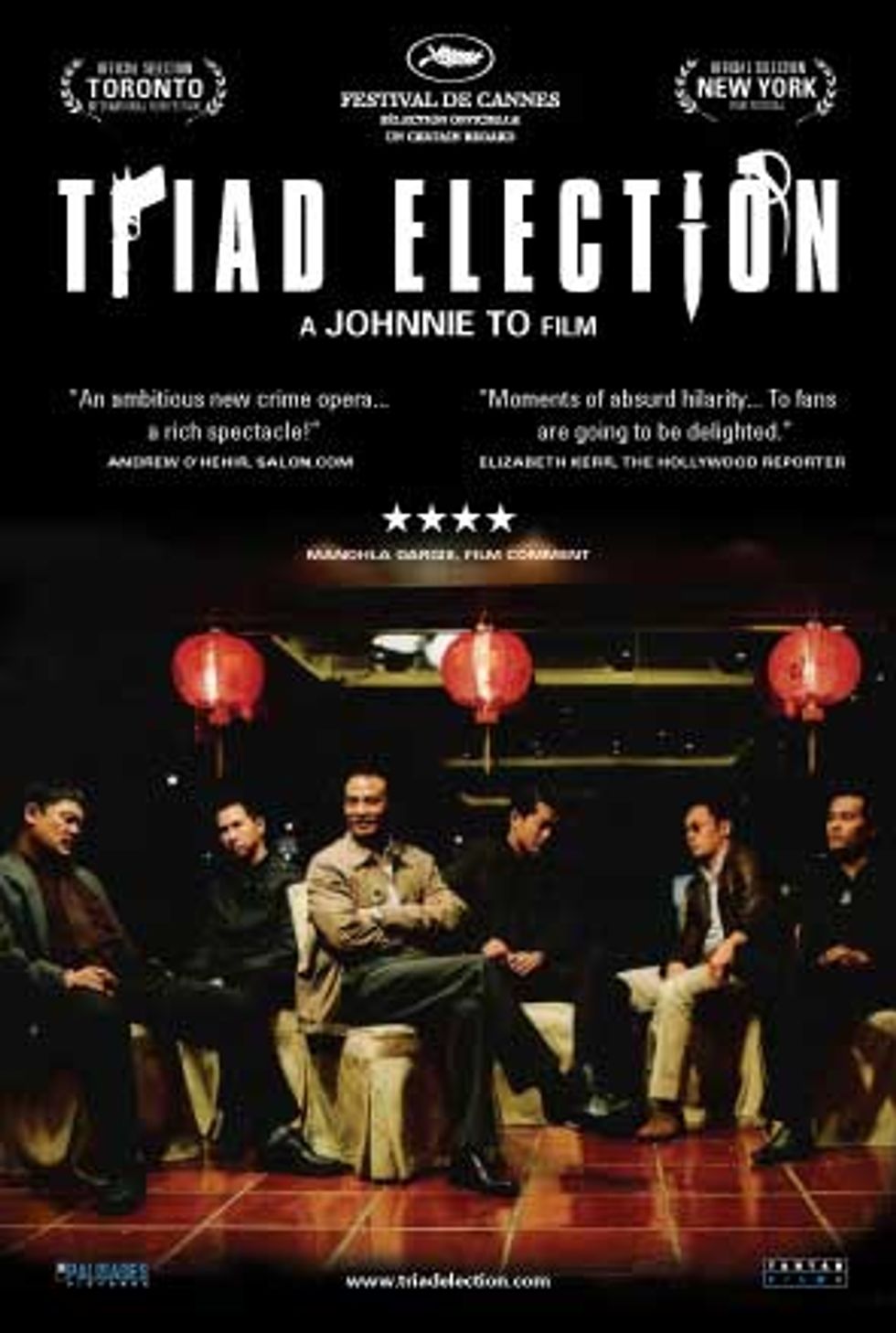 Triad Election is another crackling crime drama from Hong Kong great Johnnie To (PTU). This is actually Election 2, the second in a series about the two-year term election of a Triad gangster boss. In this one, the boss (Simon Yam -- who Asian genre fans will recall as the scary star of Dr. Lamb) -- is not eager to give up his title, and one lower level mob guy is reluctantly forced to go after the title for strictly financial reasons.

With some amazing violent confrontations and a thrilling chase through an outdoor restaurant, this brutal and stylish film is a treat for fans. Donât miss this and Election (the first one- which is spectacular) opening at Film Forum this week.