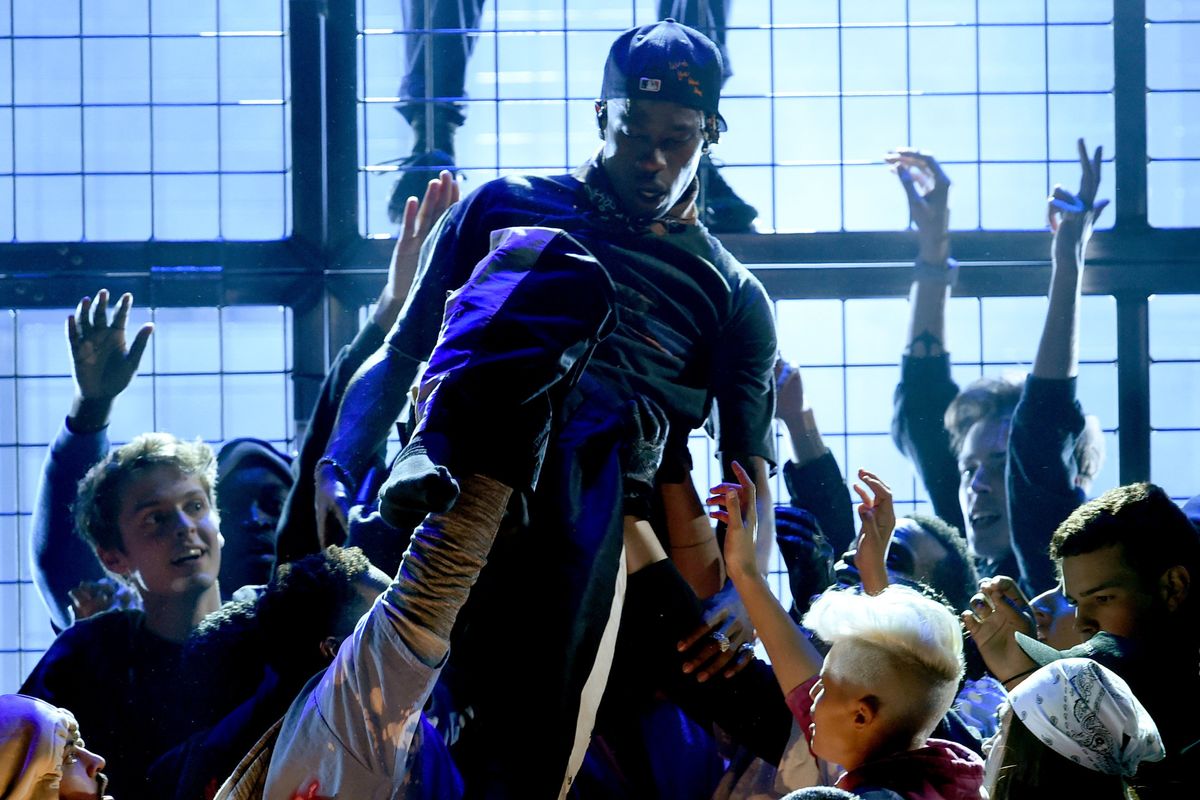 Does anyone else feel a little ill in thinking about police methods for "crowd control"? Could be the fact that our fraught political climate sees law enforcement more often using tear gas, pepper spray, riot shields, batons, and other even more violent means these days to keep masses of people at nonviolent protests and public events at bay.

But for Tulsa, Oklahoma police last night, pepper spray was a way to detain fans outside the stop on Travis Scott's Astroworld tour. The rapper was set to perform a sold-out set at the Bank of Oklahoma Center, but the event was postponed at the last minute and rescheduled to March 26, due to apparently unforeseen production issues.

A rabid crowd outside pounded on the arena doors, chanting "let me in," and charging the door, and police responded by shooting pepper balls into the crowd, USA Today reports. I get that this whole thing was wild, but pepper balls? I'm sorry. Tickets for general admission close to the stage average at around $300, so people were obviously upset — and in some cases, throwing things at the building, so. See the pandemonium, below.