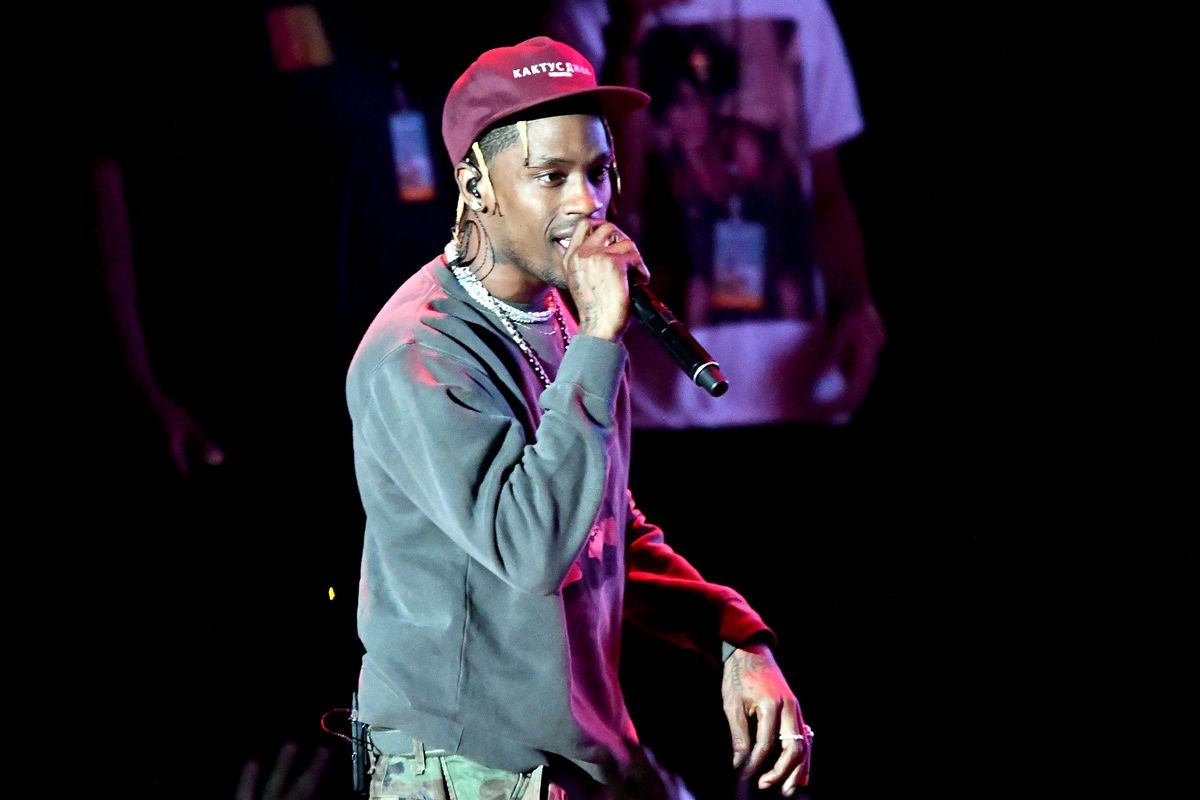 News sources including Variety have reported that rapper Travis Scott has been slotted to perform with Maroon 5 at the upcoming Super Bowl LIII in February 2019. Trav's reps have yet to confirm the news, but it seems that other rappers are already calling the Astroworld artist out on this decision, specifically Meek Mill and Jay-Z.

On Thursday night, Meek called out Travis publicly, as accepting the slot in the halftime show seems to be a form of betrayal against the #BlackLivesMatter movement, and former San Francisco 49ers quarterback Colin Kaepernick's protest agains police brutality. The "Litty" rapper retweeted the report of Travis's inclusion in the halftime show roster, and commenting, "For what????" He continued, "He don't need that he on fire already! Stay strong in this shit!"

He don’t need that he on fire already! Stay strong in this shit!

And don’t get it twisted I fuck wit Travis too!

Sources have also told Variety that Jay-Z — who has been "highly critical of the NFL," and the way their treatment of Kaepernick since his protest — has attempted to convince Travis Scott out of performing at the sports event. But Mr. Carter's reps haven't confirmed this either.

So far, Travis Scott has remained silent regarding the matter and has yet to address even the rumors of his NFL performance. Meanwhile, among the artists who reportedly rejected the offer in solidarity with Kaepernick (who filed a collusion grievance against the league's owners in 2017) are Cardi B, Outkast, Usher, Lauryn Hill, Nicki Minaj, Mary J. Blige, Big Boi, and Rihanna.