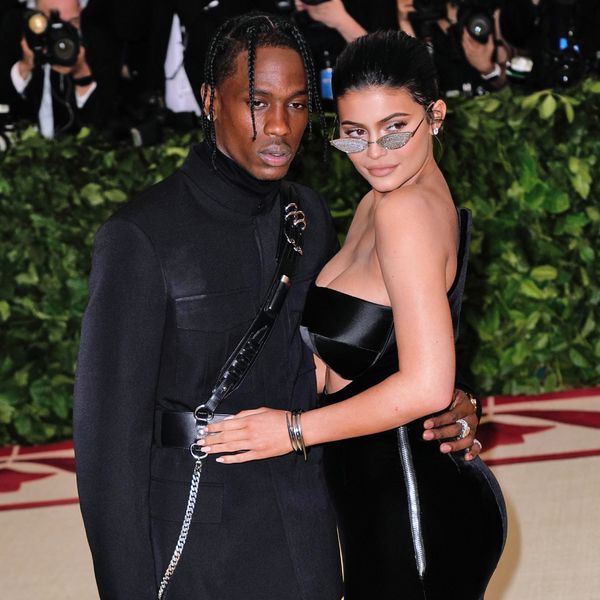 You Can Thank the Grammys for Travis Scott's 'Astroworld'

The Grammys have made some controversial decisions when it comes to who takes home the academy's top honor — album of the year — especially when it comes to women and artists of color. But, as it turns out, the endless snubs of stellar output might just motivate each musician further.

Apparently this is the case for Travis Scott, prodigy of Kanye West and father to Kylie Jenner's baby Stormi, who has recently released his third studio album to wide acclaim. It scored an impressive 7.8 on Pitchfork, leaving Drake's latest equally-anticipated offering, Scorpion, in the dust and has been declared his best album yet. Well, as revealed to Rolling Stone, there's apparently a reason for that.

His sophomore project, Birds In The Trap Sing McKnight, which delivered worldwide hit "Goosebumps" and was unanimously well-received, had Scott and his team particularly excited for Grammy acknowledgement. Adele famously took home the award for album of the year with 25 in lieu of Beyoncé's Lemonade (for which she apologized on stage), and Scott went un-nominated in both the rap and more general categories.

Scott's long-time A&R Sickamore declared the nomination announcements a "dark day" for the rapper and his camp, claiming the overlooking of Birds inspired Scott to work harder on his next project.

"A real driver on this album too was when we got snubbed for the Grammys in 2016," Sickamore says. "That was a real dark day for us. We felt like we really worked hard and we really made a great album with Birds and we just got snubbed. We went back and wanted to make an album that was undeniable. The Grammy snub was probably the best thing that happened to us. It gave us a chip on our shoulder."

Lesson learned: when life closes a door, barrel it down by proving everybody wrong.