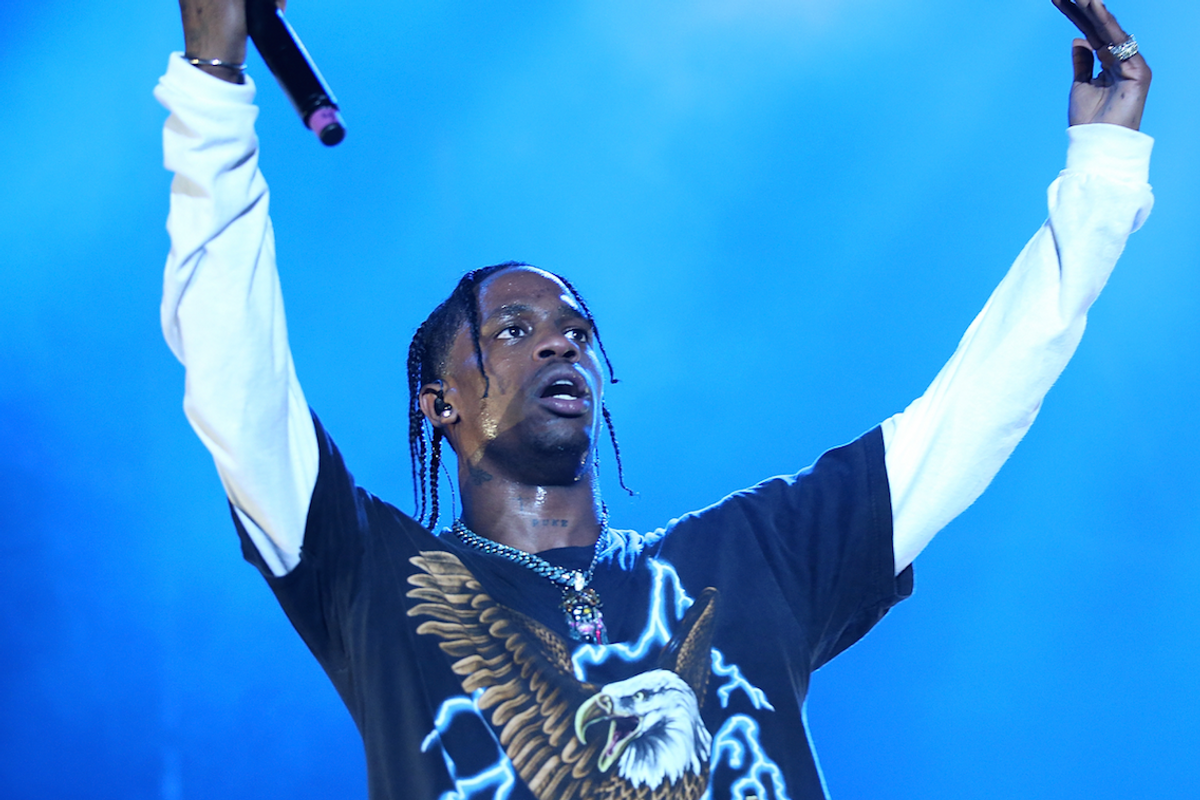 UPDATE 5/2/17 10.45am EST: Travis Scott's spokespeople are in full damage control post his Sunday night New York show at Terminal 5, where the rapper encouraged a fan hanging off the upper level balcony to jump into the crowd below. The rapper's team say a "full investigation" is being conducted, even though likely no investigation is needed, and that they are in contact with the fan, who allegedly broke his leg in the ordeal.

"The safety of everyone is held in the highest regard and we are currently conducting an internal investigation to ensure that this does not happen again," the statement reads. "We are deeply concerned about the guest who was injured and intend to offer him our support."

Travis Scott has certainly garnered a reputation for going very, very hard at shows and subsequently fucking himself up, but now it seems he's encouraging fans to do the same. Let me put it to you like this, if Travis Scott told you to jump off a bridge would you do it? Apparently so.

At his New York city concert last night at Terminal 5, Travis's stans were out in force and really wanted to do the most to get his attention. One in particular took it to the next level and climbed down off the balcony, only to quite clearly panic. Luckily, Trav was there to egg him on.

The fan fell into the mosh pit, breaking his leg.

Out of the kindness of his heart and likely to avoid a lawsuit, Travis Scott then took off one of his rings and told his security to "pick him up" and put "the fucking ring on his finger."

Queue more fans on the balcony. Of course.

There were people jumping from the balcony onto the floor at Travis Scott's show. #BirdsEyeViewTour @trvisXX https://t.co/rWdafpKUsI
— FTP Flame 🎪 (@FTP Flame 🎪)1493606855.0

What the greatest part of all of this? I give you:

Too fast, too furious.