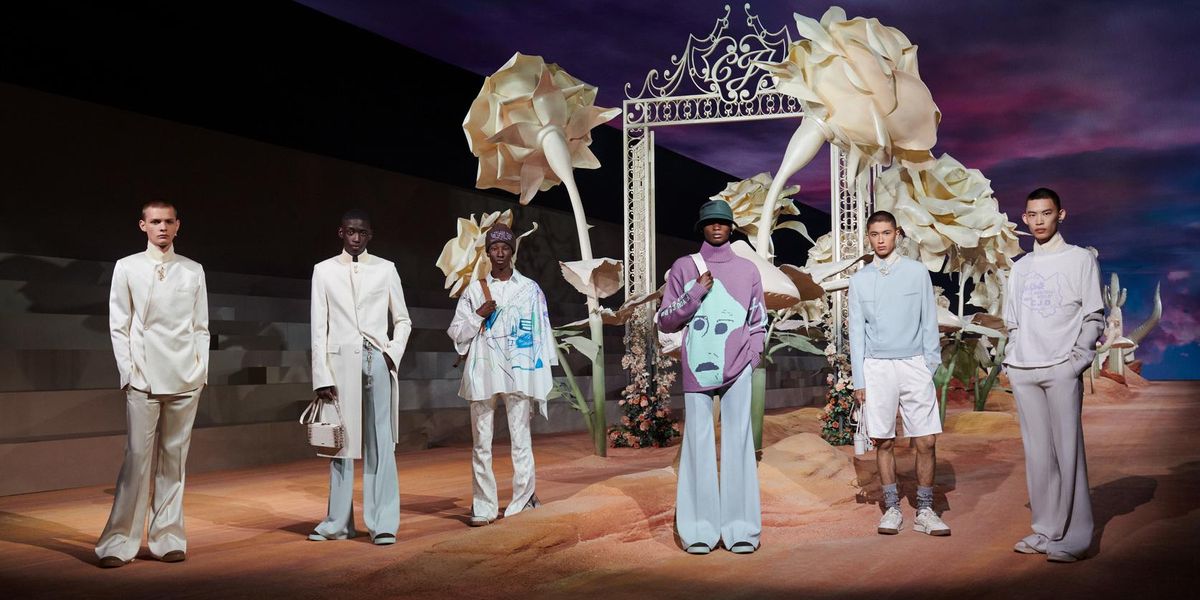 For the past few seasons, Kim Jones has used his platform at Dior Men to collaborate with various artists and art luminaries from Kenny Scharf to Peter Doig. But for Spring 2022, the designer took his collaboration approach in a new direction altogether by linking up with not another artist but rather someone from the music world: Travis Scott.

According to the show notes, this season was inspired by Christian Dior's 1947 trip to America when he debuted his first collection, and one of the first stops was Texas. Scott, who is from Houston, had a hand in some of the imagery of the collection, which includes cactus motifs (Scott's record label is called Cactus Jack), desert scenery and dusty color palettes.

"We had some hard design sessions for a couple of months," Scott told Vogue. "I would draw graphics and send them to him. We sat down with mad refs, breaking down where we felt like we wanted to take it."

His influence was felt in the patterns reminiscent of Texan deserts, flowers and snakes. He also reinterpreted Dior's signature Toile de Jouy motif and filled it with cactus prints, while the Dior monogram was transformed into a series of hand-drawn graphics Scott dreamt up on his own.